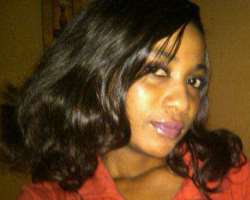 Nollywoodgists.com can authoritatively report that fastest-rising Yoruba actress, Adetola Ayeni has now tried her hands in modelling, but she is not leaving the movie industry.

Some days ago, we were told by some tale-bearers in the industry that Tola Ayeni, as she is fondly called by her friends in the film industry, has dumped the movie industry for modelling. We were also told that the pretty actress-cum-movie producer went for a photo-session some days ago to show how serious she is taking her new 'love'.

When contacted by Nollywoodgists.com to confirm if she will finally leave acting, the Tola Ayeni, “no, I am not leaving the film industry. I am still fully involved in acting. This is just another side of what I love to do. But it's true that I have joined modelling.”

Further information confirmed that she has started getting attention in her new profession.