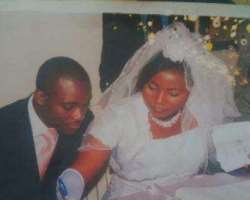 A journalist working with the Nigerian Television Authority (NTA), Akure, Mr. Alex Akinwale has died. He has been identified among those who lost their life in a fatal motor accident involving the convoy of the Deputy Governor of Ondo State, Alhaji Ali Olanusi today (Saturday, February 1, 2014).

Four people, including the late Akinwale, were said to be among the occupants of a vehicle belonging to the NTA Staff when the convoy of the Deputy Governor, Alhaji Ali Olanusi rammed on the Toyota Camry of a Traditional monarch, Oba Taofeek Olaposi, who was coming from Osun State, and heading to Akure.