Gunmen wipe out family of seven in Kaduna 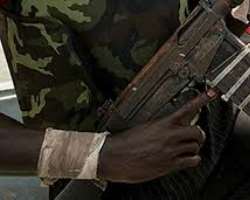 The gunmen suspected to be Fulani descended on the village  at about 10:30pm on Thursday throwing the community into confusion.

Angry youths from the community were said to have protested the continuous attacks on them by gun men when the Kaduna state governor, Alhaji Mukhtar Yero visited the area to commiserate with them over the incident

The angry youths were reported to have booed   the governor and pelted his convoy with stones, accusing him of failing to adopt security measures that will bring an end to the attacks.