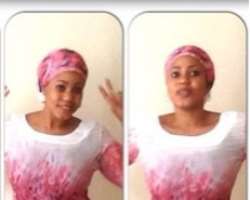 There's a serious bickering and secret battle between one of Lagos' “waka-about” girls, Biola Maja and few of her friends, Maryam Ojikutu and Kenny Rhoda over a randy Chevron big boy, Muheez Olayinka Bello. This dude who's married to a responsible lady, Olabisi with lovely 3 kids (2 girls and a boy), we gathered is one of the biggest spenders on the Island, a trait that gives him the audacity to be in control of different girls, and even the opportunity to serial-date best friends. This much National Enquirer can reveal.

According to the gist flying around the social circuit about this married Chevron big boy popularly addressed as MB, he is so randy that, he's said to have secretly engaged another lady believed to be married to a younger brother of a top banker. That juicy part will be revealed later. His rather bizarre lifestyle has been given some of his concerned friends sleepless nights as they begin to think there's more to this than meet the eyes.

“He is in the habit of oppressing his friends and ladies with money just because he has good job with good pay, but he has forgotten that he is not the only one working in Chevron, if all Chevron staff behaves like this, we wonder what becomes of our society”, the source who's close to him told us.

The impeccable source revealed that, MB is presently in a sizzling romance with society big girl, Biola Maja and he has been spoiling her silly with lots of cash gifts and material things including sponsoring her for a business trip in Dubai recently. In case you're still struggling with the name Biola Maja, the lady is the in law of Bolaji Esho, the owner of Eldorado Club in Ikoyi, in fact, she's Bolaji Esho's wife's elder sister.

We were told that, it was one of Biola Maja's friends, Maryam Ojikutu that was meant to be pimped for MB but when he saw Biola, he changed his mind, the rest, as they say has become history and this has been causing ripples between them as they see Biola as a traitor.

National Enquirer however took the pains to get in touch with Muheez Bello, the man in the middle of the controversy and this is what he told us, “let me take your questions one after the other, as for the issue of marrying Toolu secretly, nope, I didn't marry her secretly, it was an elaborate traditional engagement and marriage with the lady's family and they accepted me in their house and she's never been married and as for the Biola Maja and co…, anyway we're all adults, we can decide to do whatever we like but this is not my response officially, I'll get back to you in the evening for my response” and he never got back to us till now.

Meanwhile Biola Maja's MTN number was not available when we tried to reach her. And on the other hand, we learnt MB's friends have been working on averting trouble especially from his recent secret marriage as the lady's hubby who lives in the US is said to be spoiling for war. We shall keep you updated.