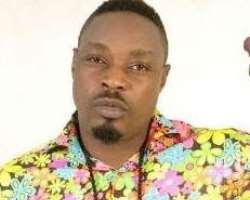 There seem to be a history between Eedris and Obasanjo, we all know during OBJ's era when Eedris released his Nigeria Jagajaga' track there was a lot of controversies that followed up because of the song, Well for him to publicly blast the former president calling him names.

Edris Abdulkareem took to his twitter page to blast former president of Nigeria, Olusegun Obasanjo saying he is selfish, a fraud and evil.