Necessity of virgin Mary at Christmas 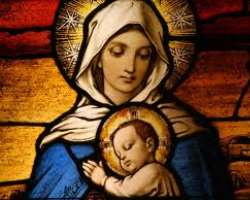 
I DECIDED to reflect on the Solemnity of Christmas from this perspective with the hope that most writers may dwell on other usual topics of the season. With the increased emphasis on the context of Marian piety and role in the history of Salvation, it is desirous to make some points abundantly clear because a faith in Christ which does not include His mother is in fact another faith or Christianity entirely.

Once upon a time, a message was carried to the very heart of the human race, in spite of its magnitude and importance; it was heard only by a very young maid, a teenager called Mary who was probably about 14 to 16 years of age and whose background was very insignificant in the eyes of her contemporaries, living just quietly in Nazareth - a small hill city on a caravan route of Galilee. God chose Nazareth, an obscure but extremely wicked city that was notorious for its sins. Even upon hearing that Jesus was from there, Nathaniel said; 'Can anything good come out of Nazareth?' (John 1:46).

According to the Lukan account of the Annunciation, the Archangel Gabriel said to Mary; 'Rejoice highly favored one (charitou) the Lord is with you; blessed is you among women' (Luke 1:28). This is perfectly the moment of meeting between two beings, one of heavenly and the other human; thereof both mission fulfilled God's will and sacred purpose. Then, a virgin listened to the serpent, but now a Virgin listens to the Angel.

Feast day of the Annunciation is March 25, which is traditionally nine months before Christmas. Orthodoxy commemorates not only the divine initiative whereby God in His loving kindness took flesh from a Virgin, but also commemorates the human response whereby Mary freely accepted the vocation before her. As Eve was seduced by the word of an Angel and so fled from God's presence after disobeying Him. Mary in her own turn was given the good news by the Angel and thereof bore God in obedience. She does this out of her total consciousness and freedom. Thus, the event of this announcement is the cause and reason for the Christmas season. Christmas is an opportunity to worship God, bow down and pay homage to Him for humbling Himself and appearing in human form (Philippians 2:6-9).

The response of Mary was a humble, personal and free 'yes'. With it she became the mediatrix of the Incarnation of the Son of God. She collaborates in the work of redemption of all humanity. With her free acceptation of the divine maternity she is fundamentally the mother of all human race, having fulfilled what Eve failed to accomplish in paradise. Eve had believed the serpent while Mary believed Gabriel. 'Blessed is she who believed that there would be a fulfillment of what was spoken to her by the Lord' (Lk.1:45).

Deification (theosis) of man precisely began when Virgin Mary agreed to conceive Divinity. Look at her words: 'Be it unto me according to your word', was a very unique declaration of human freedom which God Himself respects. As it is, Mary becomes the first human being to reach deification in fullness. Thereof, making it possible for us to acquire it easily through 'the process of moral, spiritual, sacramental and liturgical growth towards God the father, through God the Son and in God the Holy Spirit in total conscious freedom and obedience'; as I once opined in one of my Books  - 'Orthodox Leitourgia' (2009).

The concept of Mary as the second Eve was first introduced by Justin the martyr around 155AD. In this perspective, the vow of obedience and virginity of Mary positioned her as the 'Second Eve', just as Jesus was positioned as the 'Second Adam'. In the Gospel of St. John, Jesus the New Adam calls Mary 'woman' (John 2:3), even as the first Adam called the first Eve 'woman' too in Gen.2:23. With this Jesus identifies Mary with the 'woman' of Gen.3:15 and He been her seed that will crush the head of the serpent. As a Virgin, she was the advocate of the virgin Eve. She is the woman who was 'invested with the sun' and 'who bore a boy that will tend the entire nation with an iron rod' (Rev. 12:1-6). The Church rightly believes that Mary is the woman whose Son has bruised 'the head of the first evil snake.' (Gen. 3:15).

In the whole of Orthodox Ecclesiology, there cannot be Christology without Mariology and vice versa. The foundational Theology of the mother of God was determined by the third Ecumenical council fathers held at Ephesus in 431AD, which dogmatically ascribed Mary to be the 'Theotokos' (meaning the one who gave birth to God). This term became a doctrine and is against the heresy of Nestorius who used another term 'Christotokos' (meaning birth giver of Christ). Virgin Mary gave birth not just to a man but really to a God who became man to lead us to salvation. The other Canonical title which was given her was 'Aeiparthenos' (meaning the Ever Virgin); this was given to her by the fifth Ecumenical council fathers of Constantinople in 553 AD. The third title was 'Panagia' (meaning the most holy or the one above all Saints). Although the last one has not gotten a dogmatic definition, however it is generally used and adopted by the entire Church. All these titles reveal and at the same time proclaim the correct faith and doctrine on Mary in the context of her salvific role for Christmas.

Orthodoxy accepts and teaches that Joachim and Anna gave birth to their child (Mary) in a very normal and natural way like any of us. Furthermore, Orthodoxy rightly believes that Mary was cleansed of all sins at the time of her Annunciation (Immaculate Conception as expressed by the western theology is not a dogma/teaching of the Orthodox Church). Thereafter she agreed to accept God's offer. It was at that very moment and time that the Holy Spirit came upon her (Epiclesis) to consecrate and make her fit to receive the Word (Logos) in her womb. At that moment, 'henceforth', she became 'blessed', and as well as 'full of grace'. When Moses was honoured with an encounter with the Most High, he shone so brightly that the people were even scared to look upon it. When the Spirit descended on Saul, he was 'turned into another man' (1Sam.10:6). And also when it 'hovered over the face of the waters, the creation exploded into all its shining splendors' (Gen.1:1-2). Thus, the righteousness and sanctity of Mary was manifested in the fact that she, being human with passion like us all, so loved God and gave herself over to Him, that by her purity (deification) she was exalted above all other creatures.

It was said that Mary lived a godly life in a godless and sinful city like Nazareth even as a young teenager, a youth! This is in contrast to most of us who are amassed in the wave of corruption that is currently blowing in our dear country Nigeria. Corruption is an endemic disease that has eaten up every facet of the Nigerian society. Corruption in the Church stinks to the high heavens. While the nation is in crisis, some of us are busy preaching prosperity and buying private jets to justify it. Squandering people's time on material pursuits that don't benefit the soul and claiming to be digitalized men of God. Jesus said, 'Where your treasure is, there your heart will be also.'(Matt.6:21). The message of Salvation and Righteousness are gone in a digitalize generation!

Consequently, the current Administration is characterized with loot, armed robbery, kidnapping, strike, plane crash, election rigging, false petition, rape, assassination, hatred, flood and Boko Haram, etc. Perhaps, if we could just be a little faithful and humble as Mary, indeed together we can defeat the enemy that has crippled our integrity and value as a nation, reduced our citizens to poverty and deprived us of any sustainable development.

I will, therefore, conclude this piece in re-affirming the necessity of Mary at all times especially at Christmas even as she declares thus, 'Henceforth all generations shall call me blessed'. Mary was the cause of those who were before her, she is the figure of those who follow her and she remains the reconciliation of all times. Mary was the object of the vision and announcement of the prophets, the first of the Apostles and the vigour of the martyrs. She is the glory of the earth, the joy of heaven and the ornament of all creation. She is indeed the beginning and the root of all inexplicable goods. Mary is the apex and the perfection of all the Saints who commemorate and participate in the unending joy of the feast of Christmas from generation to generation. Therefore, let us acknowledge in her the compendium of the luminous ideals of all human destinies because she is our peace.