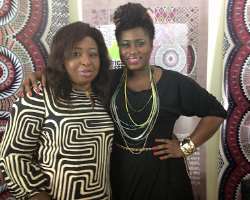 Nollywoodgists.com can authoritatively report that top Ghanaian actress, Lydia Forson has been named as brand ambassador of the Africa Movie Academy Awards (AMAA).

With this, the talented star has become the first brand ambassador of AMAA. She is now to positively project the image of the prestigious awards ceremony.

AMAA has gradually become Africa's Oscars, which is highly cherished by its winners. The event has also been able to attract top Hollywood actors.