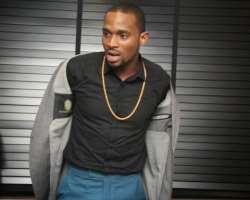 Nigerian Pop star, D'Banj will not hold his annual Koko Concert this year. The native of Sagamu, Ogun State cancelled the gig in order to honour late anti-apartheid leader, Nelson Mandela, who died on Thursday, December 5, 2013 in South Africa at the age of 95.

"Hey Kokolets, the yearly Koko Concert has been cancelled because of the Madiba Legacy Concert happening tomorrow (Wednesday) at the Ocean View event center," D'Banj announced on twitter.

The singer added that, "Not to worry, I'm hosting three Koko parties this season for my dear FANS."

The 'Madiba Legacy Concert' was put together to honour the former South African President. The show had some top artistes in attendance.