I have been a bus conductor because of music….. Jaywon 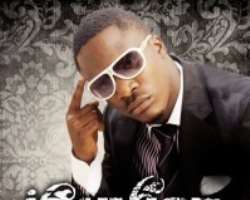 Oluwajuwonlo James Iledara fondly known as Jaywon gained limelight courtesy of his new single Filebe rocking everywhere currently. The Kogi state born artistes who have all the reason to be happy in his present state explains to MUTIAT ALLI, the challenges he encountered before meeting the duo of Kenny Ogungbe and Dayo Adeneye of Kennis Music.

What was your parent's reaction when you veered into music?
The fact still remains that my family is not the music freak type, so I was actually discouraged by my parents. Immediately they heard that I was thinking of becoming a musician, the entire family turned off their supports towards me. They warned me and told me to stop the music thing I am about to go into. They said I have to face my studies. My family forbids music stuff and football. They actually want everybody to go school.

What actually inspired your being a musical artiste?
Ever since I was a kid, I have always nurtured the feeling of becoming a popular musician in life. Way back, I have listened to the songs of great legends in the music industry with the likes of King Sunny Ade, Ayinla Omowura, and Late Sonny Okosun amongst others and was touched and inspired with the way they deliver their songs both in live performance and in their CDs. I woke up the following morning only to set my mind on the fact that I would work my fingers to the bone to get to the places these top artistes have gotten to.

Can we know more about you?
My name is Oluwajuwonlo James Iledara from Kogi. I won't consider myself as an arrogant person rather I am the jovial and friendly type but can be naughty sometime depending on the mood I find myself. I am not that learned but can still be boastful to certain length, I was opportune to get the basic education from primary to secondary level, later I got admitted in Federal Polytechnic, Bida, Niger state where I had a diploma in Accounting.

As an Accountant by profession, why did you decide to settle for music?
My sister, this particular question has been asked by several media, but my answer still remains that Accountant is my profession but Music is what I have got passion for. I strongly believe in the notion that is not what you read in school that you become but you believe in me. You never can tell, if I have gone to the bank to work, I might not be known as I am presently, destiny tells it all.

So are you saying working as an accountant wouldn't have given you more hype?
Not really, because all my live I have always have that passion for music and have equally been working towards it. I believe as an accountant, the only thing I get to do is majorly calculations, balancing of account and other account related job but as a musician; I have been exposed to several things, the ability to mingle with my fellow artistes, going places and the rest. Although there is huge amount of money in the accounting sector compared to the music, but I am more comfortable doing what I know best.

What is your relationship like with other artistes?
The relationship has been pure and neutral, but was sometimes difficult when I actually started as I usually consider myself as been small and new among other top artiste and need to pay close attention to what ever I am told to do. All thanks to my record label, Kennis Music for giving me that opportunity to meet others.

What would you say is the greatest challenge you have faced in the cause of your musical career?
The greatest challenge I faced which I considered as a bold step was when I had to leave my parents and siblings all alone to pursue my musical career since I had no support from my family members. I just had to leave Abuja for Lagos, where things are happening as far as music is concern. Unfortunately for me things were not as easy as I thought. I have done much kind of stuffs to survive. I have been a bus conductor, bricklayer and even hawk on the streets because of music. I have done other jobs to survive. I do remember my mothers word that “if you have not get to where you are going you don't stop, so I never stop and even now am not stopping.
I could still remember now that I hustled in Lagos for Six years trying to record a track, but at the end of the Baba Keke came into the picture and rescued by talent.

Considering the present record label you are signed into, did people ever warned you about these set of people you want to work with?
If I should tell that I was not warned then I am not faithful to my self, but I believe in one thing, it is when you don't know a person that you give a negative taught towards the person. I must confess to you that I was among those set of people that said something wrong about them but sincerely my sister, these people are nice and generous as they don't even know me before but decides to render assistances to me. To me this is business, it all depend on the arrangement you have with them.

Filebe one of the hit singles that brought you into limelight, how do you considering the fact you were appreciated as soon as you came into music scene?
I give all glory to God Almighty as I believe without him, I am nothing, you see after the release of my track, I was even doubting it if it was going to be acceptable in the music market, but thanks to my management team who helped me to get that fame. The only thing I know is that the audio was not really good compared to when I shot the video. I believe this is just the beginning for me as I have a lot to offer in the industry.

So what differentiates you from other artistes?
Every artistes has there ways of striking balance in
their music, I don't believe in coping other people's song for my own but rather I stand on what I write. There should always be a way for an artiste to be unique, you get to see the likes of D'banj, Banky-W and host of others do their things in their own way. My sister, originality is the key and delivering in my mother tongue is the best.

When actually did you start music?
Although a lot people did not really feel my impact when I started doing music, way back I usual hang out popular stars in Festac with the likes of Black face, Sound Sultan. I started music way back in my secondary school and I have been doing quite fine and I am enjoying what I know how to do best.

So how has the response been so far from your fans?
I thank God for Kennis Music because before now it has been hard for me but now I am proud to represent Nigeria. My fans should just keep their fingers crossed as my best is yet to come.

So who are the artistes you feature in your album?
I have Terry G, Timaya, Sheyman, A.Y.Com, and African China on the album which has been so far interesting.

What do you have for your loyal fans?
I thanks God, I thank everybody my friends on face book, I love you all.