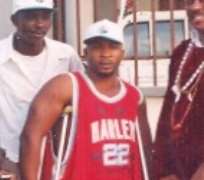 Amnesty in any part of the world is serious business. When especially it involves the life and safety of over 15million Nigerians scattered across the nine Niger Delta states of Nigeria, it must be treated as a sensitive national issue of urgent importance.

Nothing in our most recent history has threatened the sovereignty of Nigeria, challenged the competence of our security forces and stretched the minds of our ruling class more than the Niger Delta debacle.

With less than one week to the deadline of the amnesty offer to Niger Delta militants, it has already become obvious that the execution of the well-applauded amnesty initiative has widely fallen short of expectations. The amnesty initiative illustrates the result of a good diagnosis that may be ruined by a wrong prescription, as the project is apparently engrossed in achieving momentary relief instead of a permanent cure.

The Amnesty Committee has failed to see that there should be no exclusivity in the amnesty deal as there are none in militancy, as clearly depicted by the fact that across the nine states of the Niger Delta, there exists to this day, no demilitarized zone. Rather than actively including the seemingly low incident areas of the region from where these warlords draw back-ups and use as emergency safe havens, the facilitators of the programme largely concentrate in only a few states they consider as the hub of militant activities in the region. Even in the said states, their attention is only for those militant leaders who are already known or perhaps vociferous while the unknown ones are misconstrued to be relatively less consequential.

In a recent Travel Warning released by the United States of America, states like Imo and Abia were listed as unsafe destinations as a result of drastic increase in armed crimes. One therefore wonders if the executors of the amnesty initiative are waiting to hear the sound of mortars and cannons before they actively treat these states as potential hotspots that should be demilitarized before it explodes. The Amnesty Committee is hardly proactive in these areas. Rather than nip in the bud, the chances of increased militant activities in perceived safe zones, they sit and wait for the outbreak, just to indulge in the usual damage control. A recent peaceful demonstration by over 200 militants who had accepted the amnesty offer in Rivers and Bayelsa states point to the apparent insincerity of motive by the facilitators of the amnesty initiative.

The protesting militants had threatened to return to the creeks for the inexplicable neglect and inability to pay them their resettlement allowances as promised by government while their leaders are housed, fed, and financed by government. For these men all they need is a justifiable reason and they would head back to the trenches, get new leaders, re-establish contact with their backers and the cycle continues and the amnesty deal would have been a waste of limited resources and valuable time.

With the unfortunate fact that the Nigerian government has no authoritative estimate of the number of militant camps in existence in the Niger Delta region, it becomes rather unconscionable for the facilitators of the deal to strike a behind-the-scene compromise with some of the known militant leaders, give a blanket treatment to their followers and gamble with the yet-to-be-identified warlords.

It would be most unfortunate, if the seeming interest in the oppression and injustices in the Niger Delta region as reflected by the amnesty initiative is merely a ruse and desperate attempt to restore the nation's dwindling oil production which had dipped almost by half of its initial capacity due to the struggle in the Niger Delta. The reason for this struggle has always remained the same: the oil company's neglect of the oil bearing communities which are aggravated by the destruction of their ecosystem thus deepening poverty, fuelling despondency and inevitably generating unending conflicts.

When Nigeria failed to listen and reason with the activist, Ken Saro-Wiwa, an acclaimed intellectual and literary icon on the perennial injustices in the oil region, little did they know that such a day would come when they would have to grapple with the challenges of the impulsive radicalism of some half-educated, unenlightened torch-bearers in the Niger Delta armed struggle of today. For his devotion to his people's welfare, Saro-Wiwa was put to the stock with such ignominy that still failed to criminalize him. Today, however, new documents have emerged showing that the British Government and Shell colluded with top figures in Nigeria's military junta against the activist in the early 1990s. A civil case in New York also accuses Royal Dutch Shell of complicity in the execution of the renowned author, playwright and social crusader, Ken Saro-Wiwa. Today in Imo, a not-too-different scenario is set to play-out spurred by government's apparent apathy to the pockets of militant restiveness in the Heartland State of the East.

The case of one Mr. Thaddeus Nwachukwu (AKA Presido) from the oil community of Izombe in Oguta LGA of Imo state is as instructive as it is pathetic. Mr. Nwachukwu may not have the intellectual prowess, diplomacy and tact of Saro Wiwa but he has motivation and conviction enough to pursue and defend the rights and privileges of his people, even without the necessary political finesse. He became a youth leader very early in his adolescent years and has remained in the fore front of agitations for better treatment of host communities by oil companies in Imo state. His agitations stood out against all those that were part of the divide-and-rule operational modality of the oil companies in most oil communities. And that brought him on collision course with most of the political leaders of his community.


In 2004, after a protest by youths of his community under the umbrella of Izombe Youth Association (IZA), in which he was a leader, protesting the reneging of Addax Petroleum from an agreement they had with the youths of the community bordering on employments, scholarship awards and community development, the oil company had adjusted their stance by telling them to come back the following week for negotiations. Before then, a negotiation between the youths and Addax Petroleum took place in the office of the then Deputy Commissioner of Police, Mr. Bola Bolanta who urged the oil company to go back and settle with the community and implement the agreement so reached.

Unknown to them Addax Petroleum had an ulterior motive. After the company's Prado jeep was destroyed by the irate youths, Addax mobilized plain-clothes policemen with clear instructions which led to the amputation of Mr Nwachukwu right leg. The police with the connivance of Addax Petroleum and some political leaders, who were reaping from the deprivation of the community, stalked Thaddeus Nwachukwu, arrested him, then shot him in his left leg. Nwachukwu eventually lost one of his legs in the vicious conspiracy that followed. He has continued to lament that the police deliberately took him to hospital and supervised the amputation of his right leg which was not even the leg they shot.

This plot he claims was sponsored by Addax Petroleum to muzzle the community, as their demands from the oil company were clearly hinged on community development, scholarship award and employment opportunities for indigenes of Izombe. However, his amputation did not deter him from the struggle as he went on to become the President of the Federated Izombe Youth Association (FIYA). For a leader on crutches, his group which started as an advocacy youth group grew so large that it was infiltrated by militant elements. For some of the youths, those who make peaceful dialogue impossible, make radical agitations inevitable. In the course of the eventual armed struggles that ensued, as claimed by Police sources, Nwachukwu was effectively branded a militant leader and was arrested in 2007 at Port Harcourt, Rivers state. He was held in Owerri Prison until July, 2009 when he was transferred to Port Harcourt Prison where he is being made to stand trial for a murder, he insists, he knows nothing about. It took over a decade to discover the complicity of Shell in the execution of Ken Saro-Wiwa. Today most people who do not understand the conspiracy and counter-conspiracies of oil companies in our oil bearing communities, may misconstrue Nwachukwu's case as a domestic matter instead of a vicious plot hatched by a desperate oil company and its collaborators to eliminate agitations against their inhuman activities.It would be recalled that before Thaddeus was arrested, Addax Petroleum had accused him of plotting to eject them from Izombe community and cede their oil well to Chevron.

According to Nwachukwu, this false alarm was raised after their community publicly commended Chevron for their roles in community development at the time. Instead of improving their relationship with the community, Addax started feeling insecure. After series of deliberation with representative of the Imo state government, Hon Ernest Ibejiako, the then Special Adviser to the governor on Security Matters and representatives of security chiefs in the state, Nwachukwu was obviously conned into stopping his oil struggles to assist the Imo state government to stabilize the oil community of Izombe, only to be cornered at the last minute for perceived and unjustifiable sins of the past as orchestrated by Addax Petroleum and their political allies.

Every Izombe man today knows where Nwachukwu's troubles are emanating from and it is therefore left for men of good conscience to stand up against this grand conspiracy. To such leaders as this, the amnesty would go a long way in reinstating and reintegrating them into society rather than leaving his followers to seek new leaders, forge new alliances and move ahead in the path of violence. In spite of the fact that at the tail end of their tenure, the last administration of Governor Achike Udenwa proscribed FIYA as an organization in the state, it needs no saying that members of the group still network and it is yet uncertain what the exclusion of Thaddeus Nwachukwu from the Amnesty deal may portend.Apparently, this is why youths of the oil producing communities of Imo state have continued to agitate for the active inclusion of Imo state in the amnesty offer of the Federal Government.

In a recent petition to Mr President, Alhaji Umaru Musa Yar'Adua, the Imo State Oil Producing Area Youth Confederation otherwise known as the ISOPADEC Youths recalled with dismay the difficulty encountered in getting Imo included as a Niger Delta Coastal State and condemned in unequivocal terms the continued discrimination against Imo state in matters concerning the oil producing Niger Delta states of Nigeria. The group therefore called on the Federal Government to expand the scope of the amnesty programme with a view to making it more pervasive and all embracing.

The youths added, “Your Excellency, it is pertinent we inform you that some of our youths are still languishing in Owerri and Port Harcourt Prisons as a result of militancy. The youths of the oil producing areas of Imo state are saying that you use your good offices to ensure that the Amnesty Committee is directed to extend its visit to Imo state so that there will not be any need for granting amnesty a second time as our people are not happy over the exclusion of Imo state in the amnesty offer”.

The document which was signed by Prince Emeka Igwe and Barrister Enyinna Ochomma, the President and Secretary respectively warned that the present situation is capable of posing a serious threat to security in the nearest future. Peace, we know, is not merely the absence of conflict but the presence of justice. And as William Watson would advice, “let justice be done, though the heavens fall”.