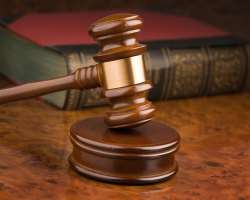 SAN FRANCISCO, July 21, (THEWILL) – The recent discharge and acquittal of late General Sani Abacha’s Chief Security Officer (CSO), Major Hamza Al-Mustapha, from death sentence in Lagos, Nigeria has shaken the country to its roots. The freedom from death row for Al-Mustapha, who had earlier been given the maximum sentence over the killing of the wife of the acclaimed winner of the June 12, 1993 presidential election, Mrs. Kudirat Abiola, is seen as an affront within the quarters of many civil society groups in Nigeria. Of course, given the divided nature of interests across the nation, Al-Mustapha is being celebrated as a hero in his native Kano State.

Though there is no denying the fact that Al-Mustapha earned his acquittal as his release is nothing more than a political weapon to appease certain interests. It makes a mess of the Nigerian judiciary that political and primordial issues have come into play in a manner deemed to suborn due process.


However, this does not do the integrity of the judiciary any good, especially as the key suspects held over the murder have, one way or the other, been left off the hook. The maxim that “justice delayed is justice denied” lends credence to the mockery of the trial that lasted for years without a proper closure.

Al-Mustapha’s release is no doubt very political considering the roles played by the likes of Dr. Frederick Fasheun the founder and leader of the Yoruba self-determination group, Oodua People’s Congress (OPC). Dr. Fasehun actually flew in the same plane to Kano with Al-Mustapha after his release. It is not a hidden fact within the covens of Nigerian political strategies that Fasehun is being used by President Goodluck Ebele Jonathan to break into the Southwest as the President moves to seek re-election in 2015. Al-Mustapha is in this wise seen as President Jonathan’s potential game-changer in the North come 2015.

The Nigerian Army is not left out in the convoluted matter as the army high command has stressed that Mustapha remains enlisted in the force and that his matter would be attended to administratively as per entitlements and rank. The initial report that he had been promoted to a Brigadier-General has since been denied however by the military.

The Al-Mustapha trial represents a failed judicial system where suspects are held for years as the judiciary literally crawls ineffectively in the bid to disseminate justice. That Al-Mustapha and Shofolahan, an aide to Kudirat Abiola, are now parading the streets as free men puts the judiciary in utter disrepute. Mustapha, in his time, was a crude and very brutal CSO to the despotic General Abacha, who oversaw the killings of dozens of Nigerians as part of the regime’s sit-tight agenda. To turn the brutal fellow into a modern-day hero is, indeed, an affront. Al-Mustapha’s fellow freed mate, the slimy Shofolahan, who betrayed the lady that fed him, makes a mockery of the country’s sense of justice. These are all symptoms of a dysfunctional society.

We cannot criticise the Lagos State judiciary enough over the tardy way the case was prosecuted. It is the onus of the prosecution to prove the case beyond all reasonable doubt, but many loopholes were left for the defense counsel to latch on to. Even as Sergeant Rogers who made the confessional statement that he was sent by Al-Mustapha to do the killing was led into a very dubious recanting, the prosecution did next-to-nothing to press the charges to a logical conclusion. It’s as though a house of cards was deliberately built to collapse at the appeal level.

We are indeed very saddened that justice in Nigeria is almost always delayed and often denied. What is even more dangerous is the interference of the ruling political class in the judiciary. This way, the judiciary loses its onions as the last hope of the common man.

The case of Kudirat Abiola should not end up as yet another unsolved political murder in Nigeria. The matter should be taken up to the Supreme Court to see that all aspects of the case are expertly looked into. It would in fact be very tragic that Kudirat Abiola died in vain, as no one has thus far been convicted over her broad daylight assassination.

We deeply sympathise with the Abiola family over their inability to unravel the mystery behind the killing of Kudirat. This is one injustice that Nigeria can ill-afford. Our hope is that the Supreme Court should, at the very end, save the day for justice in the land.