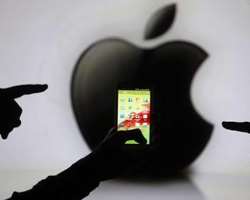 A Tokyo court ruled on Friday that Samsung Electronics Co Ltd had infringed on rival Apple Inc's patent for a "bounce-back" feature on earlier models of its popular smartphones.

Samsung and Apple, the world's top two smartphone makers, are fighting patent disputes in 10 countries as they compete to dominate the lucrative mobile market and win customers with their latest gadgets.

Apple claimed that Samsung had copied the "bounce-back", in which icons on its smartphones and tablets quiver back when users scroll to the end of an electronic document. Samsung has already changed its interface on recent models to show a blue line at the end of documents.

The Japanese court's decision comes after the U.S. Patent and Trademark office judged in April that Apple's patent for the bounce-back feature was invalid, allowing older Samsung models that had a similar feature to remain on sale.

The Tokyo court is scheduled to release more details on the ruling at 0730 GMT.