Africa In Search of Incorruptible Leaders 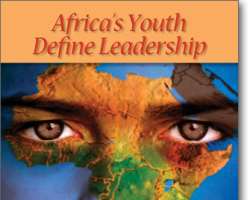 In the 21st century, whoever examines the leadership crises on the African continent seems to have a few questions which still remain unanswered: could there still be some incorruptible leaders out there which the continent must reach out to? If yes, why have they refused to step forward at a time when the African people need them most? Why do people with strong moral backgrounds never seem to be interested in the political African discourse? Can Africans continue to leave the fate of their children in the hands of those greedy politicians that are seeking political power as a means to their financial breakthrough?

Shocking Documentary Portrays a Looming Crisis
A couple of days ago, while busily examining the ways in which the African youth can save the continent from the firm grip of corruption, neo-colonialism, bad leadership and the wasteful nature of our 'democratic' elections (as in Zambia where by-elections wastes huge chunk of taxpayers money), a friend of mine recommend l could be better of doing some research on the emerging trend where corporate institutions are rather facilitating the systems that worsen our woes in a more sophisticated manner. In fact, just when l thought Africa is on cause to uproot corruption for good, l was shocked to discover that what we have witnessed for from previous years were just a tip of the iceberg. With the advent of science and technology, corporate greed and neo-colonialism still at work, African leaders are still looting the continent on a daily basis without a trace. Curiosity they say kills the cat. I began a journey in search of answers to help save mother Africa from the hands of these traitors.

There and then my attention was quickly drawn to some essential materials. On top on the list were:

2. “How To Rob Africa”, an Al-Jazeera documentary by Zimbabwean undercover journalist Stanley Kwenda and Gahana's Anas Aremeyaw Anas (a documentary I suggest every African youth must watch).

In “Hiding Africa's Looted Funds”, the writer threw more light on how financial institutions here in Africa and abroad have been colliding with corrupt African leaders to rob the continent of her wealth; depositing these blood money somewhere in Europe and America without any media outrage whatsoever. Yet under their leadership, these are the very leaders who lead the crusade to solicit for more loans on behalf of the African people as if to say such loans are truly meant for our development. What fails to make the news is the percentage of such loans that end up in offshore bank accounts. It was very interesting reading the tall list of overseas financial institutions which have been collaborating with corrupt African leaders to steal African moneys for decades.

Perhaps the sad part is that many of these African leaders often die, leaving the huge sums of looted funds in offshore banks which is later confiscated by the Western politicians for their use. As we speak today, all the billions of dollars that was stolen from Nigeria and recently in Libya have all gone 'missing'. Nevertheless, the West have never made any accounts to Africa on the whereabouts of such moneys though many of such African leaders have long died and gone. For instance, what has happened to all those dollar accounts owned by African politicians secretly held in Swiss Banks? Has Europe made any effort to return these looted funds to Africa, though many of such African leader have long died and gone?

How To Rob Africa (a must watch video)
While watching “How to Rob Africa”, I shed tears and wondered why the West have carefully designed such sophisticated with the sole purpose of robing Africa of her wealth. I became completely astounded about the sophisticated nature in which corruption has eaten deep into the moral fibres of our leaders. What is more worrisome at the moment is the nature in which some fellow Africans are willing to collaborate with the perpetrators of these criminal activities while remaining anonymous.

Currently, it is said that the Caribbean is increasingly becoming the safe hideout for such Africa's looted funds. I am in touch with some organisations to help expose some of the politicians and other similar institutions involved in the looting of Africa.

Old Age is Bad For African Leadership
In order to end the crisis, the old age-style leadership must end. The youth must be given the opportunity to exhibit their youthful exuberance at the leadership front. For many years, Africa has suffered enough from the hands of old men who never see the need to pave way for young and fresh ideas. This is despite the fact that many of the youth are beaming with fresh ideas and solutions. Our constitutions for instance have cupped the age requirement for the office of the president at 50 and above. This trend has completely side-lined all the youth from daring to venture into the highest offices on the continent.

If we're to critically examine the average age of the African leader, over 80% (8 out 10) of them are aged 70 years and above. Meanwhile the current statistics has it that the youth still remains the largest category of people on the continent. Therefore with youth unemployment on the continent currently standing at 55%, where is the continent heading towards? It will take a serious revolution to rescue the future of Africa before the apocalypse finally occurs. But I can see that we're not far from that day yet.

Of course, no one can doubt the fact that wisdom is found in old age and that having a couple of old men leading Africa can be ideal at some point.

However, as Chinua Achebe puts it: “an old woman is always uneasy when dry bones are mentioned in a conversation”.

This seems to suggest that allowing more energetic and vibrant youth the opportunity to steer the affairs of the continent could have been more appropriate. After years of failed leadership, there is a clear indication that Africa currently faces a lot of difficult challenges which requires the services of young, vibrant and energetic men and women who have the charisma to adequately address such needs.

However, I must admit that the youth alone cannot make a successful continent. There will be the need for guidance and wisdom from the elderly to make them excel on the leadership front. If the youth truly remains the future of the continent, then there is the need for them to be given a fair representation in the affairs of leadership across the continent. The current practice of side-lining them and blocking their chances of taken up leadership especially in government at such a time when the continent begs for leadership is completely worrisome.

How The Youth Can Save Africa
“Earlier in life, I had discovered that if you want something, you had better made some noise”. - Malcolm X

It is clear that Africa still remains under-developed because many of the youthful talents that can transform the continent have been ignored for far too long. Nevertheless, this is not a reason for them to give up. It is time for the youth to start making some noise else the status quo will never change.

The youth must continue to make noise and Rest Not until their voices are heard and their concerns addressed. I therefore put forward some key steps which must be followed in order to ensure that the search for a new generation of incorruptible leaders becomes a reality for the benefit of Mama Africa.

· The African youth must first organise in small groups and create the platforms for dialogue and exchange of ideas.

The groups must identify and nominate highly incorruptible members as their leaders.

· The groups must have power to remove from office, leaders identified to be corrupt.

· Leaders of the various youth groups must link up and draw up a common agenda for the Youth Liberation Movement. All such agenda must focus on youth empowerment including a protest to remove the age-restricted political portfolios from our constitutions.

· The Youth Liberation Movement must remain vocal in their communities, highlighting the challenges of the youth on any given platform.

· It is ideal that the Youth Movement forms a political party solely dedicated to the needs of the youth.

· Leaders of the Youth Movement can thus venture into the political terrain and stand up for the right of the youth. We need more young ones in parliament.

· Where possible, no youth must vote for the old men but rather a candidate nominated from the political parties formed by the youth and dedicated to the youth.

If this is done, the youth can begin to make impact in African leadership and help wrestle power from the old men. It is time for the youth to begin ignoring the old men in elections and rather concentrate on such leaders born out of the Youth Revolutionary Movement who truly have the welfare of the youth at heart. This process if well implemented can help send a strong signal to the world that Africa is now ready for a new generation of revolutionary leaders dedicated to end corruption once and for all.

Honourable Saka
The writer ([email protected]) is a Pan-African analyst and the founder of the Project Pan-Africa (PPA), an organization that was established to unlock the minds of the African youth to take Africa's destiny into their hands.

Disclaimer: "The views/contents expressed in this article are the sole responsibility of the author(s) and do not necessarily reflect those of The Nigerian Voice. The Nigerian Voice will not be responsible or liable for any inaccurate or incorrect statements contained in this article."
Articles by Honourable Saka
5-7-2013  Ghana: A Shining Democracy Without Accountability14-6-2013  How Could Japan Offer $32billion In Aid To Africa?5-6-2013  Why Are African Professors Becoming Politicians?31-5-2013  Africa: The Testing Ground For Foreign Medicines25-5-2013  Special Message To The African Youth On Au DayMore...