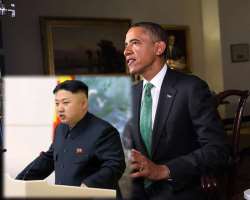 The sovereignty of independent nations are no more a reality since there is always a challenging international power (countries) that with impunity can do and undo, they aggressively attack country without the approval or consent of the United Nations. They can, with force that may lead to the death of thousands of civilians, change the political structure of the militarily weak country, just because they are militarily superior.


Iraq was unjustifiably invaded in March 20, 2003 by United State of America in the reign of Gorge W Bush; U S invaded Iraq not alone but with countries like Britain and others. What we call, a criminal invasion, in conflict with all international laws. After all, it was claimed that Iraq possessed weapon of mass destruction and after the destruction of Saddam Hussain's government, no weapon of mass destruction was found. In this deadly war, according to the British Medical Journal, The Lancet, 655, 000 people die in the Iraq war. 90, 000 Iraq were killed as contained in Hospital record. 4, 000, U S soldiers were killed, 30 U. S soldiers were wounded. We can conclude that Bush and his allies have committed war crime.


United State of America invaded Afghanistan, a country with her sovereignty, destroyed the government, killed thousands of civilians, children, women were raped. They were searching for Osama bin Laden.


South Africa, the country of Nelson Mandela, strongly stood against the invasion of Libya by the kangaroo NATO and its allies Nigeria government inclusive. She preached for Africa brotherhood while my country played what I called “follow follow role”. Meanwhile, Gadafi benefited his people more than all the Africa leaders that wanted him out and dead, you check immediately what Goggle has on the giant Africa leader (Gadafi). Unfortunately, he shot himself the day he succumbed to the deceit of the world power which led him to destroy his nuclear weapon site.


If NATO can intrude in Libya and over 40, 000 people die due to the unnecessary war, why the hypocritical story of Nuclear weapon? When it has not fallen, do we not fall on ourselves?


The war that any reasonable country will think severally before she goes into it is Nuclear War. As tight as the tension between Russia and United State of America was in October to November 1962, when Russia supported Cuba and supplied her with Nuclear Bomb, it generated to the peak but never resulted to war between the two nuclear states.


Meanwhile, what can equate a country among the powerful nation in the world is possession of active of Nuclear Bomb, scientific know how of proliferation of Nuclear Bomb and ability to deliver it to any country in the world. Not necessarily for war but for deterrent. Also for “incase”. Incase another Hiroshima repeats itself ... God forbid, Japan never expect such a thing.


The North Korea now has the capacity and audacity to stand side by side with any powerful country of the world. She has built her Nuclear Bomb and the capacity to send it far as far as United Sate of America. She is a sovereign nation that has her voice and power now. No idiot would dear to embarrass the leader and sovereignty of the country like it was done in Libya. Where there is equality, there is respect, and respect is reciprocal.