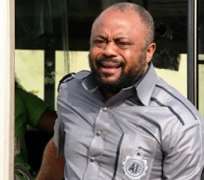 The re-arraignment of the five defendants followed the elevation of Justice Habeeb Abiru, the first trial judge to the Court of Appeal.

The case was re-assigned to Justice Onigbanjo before whom the defendants took fresh pleas. They all pleaded not guilty to the charges. Defence counsel, Dr. Joseph Nwobike, SAN, told the court that all the defendants had earlier been admitted to bail by the first trial judge and prayed the court to allow them continue enjoying the bail on the same conditions. EFCC Counsel, Rotimi Jacobs, SAN, did not object to the prayers of Nwobike but sued for an early trial date.

Justice Onigbanjo granted the prayers of Nwobike and admitted the defendants to bail on the previous terms.

He adjourned the case till July 3 and 4, 2013 for commencement of trial.