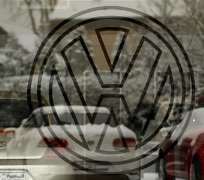 Volkswagen (VOWG_p.DE) is to put into production one of the most exotic vehicles ever to carry the German group's badge - a two-seater with many features normally only seen on concept cars at motor shows.

VW will start making the hybrid XL1, which burns less than one liter of diesel per 100 kilometers, has gullwing doors, enclosed rear wheels, and camera-based mirrors, in the first half of the year, it said on Thursday.

Power for the XL1 is provided by a system comprising a 48-horsepower twin-cylinder diesel engine and a 27-horsepower electric motor.

Europe's biggest carmaker is a late starter on electric powertrains after saying for years that clean diesel was a better fuel-efficiency strategy than hybrids which combine a combustion engine with battery-powered electric propulsion.

Brand development chief Ulrich Hackenberg told reporters at VW's factory in Osnabrueck, Germany, where the XL1 will be made, that the new model underscored the company's growing push into plug-in hybrid technology.

The XL1, lower than a Porsche Boxster and shorter than VW's Polo subcompact, weighs no more than 795 kilograms thanks to a safety cabin and other parts made of carbon fiber plastics.

"The XL1 is a very significant technology carrier for them (VW)," said Christoph Stuermer, an analyst at Frankfurt-based research firm IHS Automotive.

VW has been planning to roll out plug-in hybrid versions of its Golf hatchback in 2014 and also the Passat model, flanked by the Audi Q7 SUV, A3 compact and the Porsche Cayenne SUV, VW's electric car chief Rudolf Krebs told Reuters in December.