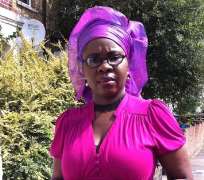 The owner of Nite and Day boutique, we learnt, never believed the medical experts when they informed her that her days were numbered.

Today, the elegant woman of God died after a brave and long battle with cancer. RIP Apostle Bimpen as she's fondly called.