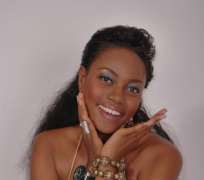 There are reports that Ghanaian actress, Yvonne Nelson is featuring Nigerian rapper, Ice Prince in her new movie. According to what we gathered, the 'Oleku' master has already shot some scenes for the movie.

The movie, which we are yet to get its title, is produced by Yvonne and it also has Majid Michael as another actor to star in it.

Ice Prince has once been reported to have a crush on Yvonne, who was reportedly dumped by Iyanya, after a rumoured affair between each other.