Ibru’s family vow to place ancestral curses on Sanusi, others 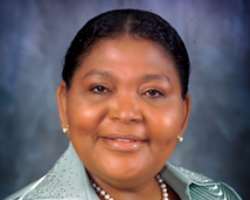 Top members of the Ibru family in Ughelli South Local Government Area of Delta State at the weekend rose in defence of the former managing director and chief executive officer of Oceanic Bank PLC, Mrs Cecilia Ibru, declaring that the ongoing reforms by the Central Bank of Nigeria (CBN) is aimed at stealing Oceanic bank from the owners.

They also described the actions of the Economic and Financial Crimes Commission (EFCC), particularly the maltreatment of Mrs Ibru by security agents as an insult to the Urhobo tradition.

At a press conference addressed by the spokesman of Osajere family of Ovwor ( maternal family of Michael Ibru), Olorogun John Oguma, the family vowed to place ancestral curses on Sanusi and his cohorts should they fail to reverse the decision within seven days.

'We are not happy. Sanusi and his co-travellers want to steal Oceanic bank from the owners. With the N420 billion, those behind the evil agenda would not only have majority shares in the banks but appoint their cronies in the boards and management of these banks.

They accused Sanusi of pursuing an agenda to destroy the economic and political base of major players in the Niger Delta ahead of the 2011 general elections.

Insisting that the ongoing reforms is a Northern agenda, the family said under the supervision of ex-president Olusegun Obasanjo, Malam Nuhu Ribadu and El- Rufai's made serious attempts to pull down Niger Delta leaders.

'The current minister of petroleum retired southerners in NNPC, replaced them with Northerners and gave them all the juicy positions. A reasonable Sansui should have given the banks ultimatum to recover their debts and change management in a democratic way by the shareholders, but he went ahead with his selfish agenda to sack the managing directors and board of directors and replaced with figureheads'

They said Sanusi and his co-travellers would throw the banking sector into deep crisis that will spell much doom for the Nigerian State.

'It is not easy to start a business and nurture it to the level Ibru did. Nigerians know the strength of Oceanic bank. Courtesy of Ibru, the bank is worth N5 trillion today. At no time did CBN complain of financial recklessness to the board before sacking the chief executive officers, others. She has done nothing abnormal to be poorly treated by Sanusi, Farida and others.'

'Even in the US, where the crisis started, the CEOs of Citi Bank of America, Merry Lynch, AIG and others are not being arrested or declared wanted.'

While blaming the apex bank for hastiness when it has not thoroughly examined the books of all the banks in the country, they challenged Sanusi to publish the status of First Bank, UBA, GT Bank, Zenith, Bank PHB and other banks.

Promising to resist the action of CBN by all cost, they demanded the immediate release of her from EFCC custody and dismissal of the case. They also urged the Federal Government to apologize to Mrs Ibru and the entire family.