Statement on the Forced Resignation of Interim Prime Minister Diarra 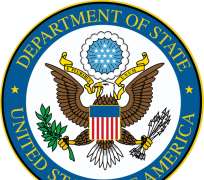 The United States condemns the arbitrary arrest and forced resignation of Mali's Interim Prime Minister, Cheikh Modibo Diarra, by members of the military junta and reiterates the demand by the international community for an end to the junta's interference in Mali's political affairs. These events endanger the anticipated national dialogue and unhelpfully delay a return to constitutional order, and the restoration of the territorial integrity of Mali. They are a clear reminder of the need to hold elections to restore a democratically elected government by April 2013 or as soon as technically feasible. We underline the importance of the respect for rule of law and the guarantee of personal security for all political actors and members of government.