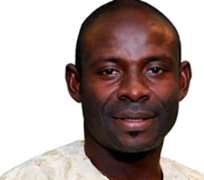 … GEJ To Depart Abuja On Thursday

The Presidency in a statement said President Jonathan is scheduled to depart Abuja for Bayelsa Thursday to participate in the burial rites for Meni, who passed away inside an Abuja hospital on the 20th of November, 2012. â€¨

The statement said, “his remains will be conveyed from Abuja to Otuoke on Friday, December 7, 2012 and will be received by the Otuoke Council of Chiefs at the Otuoke Community Hall at 2.30pm on the same day. â€¨