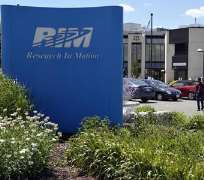 RIM, which has been trying to boost its library of apps to better compete with rivals such as Apple Inc, said the offer is expected to bring up thousands of new apps before its BlackBerry 10 hits market early next year.

"Together with Marmalade, we're working to make it as easy as possible for mobile developers to bring their apps to the BlackBerry platform," said Alec Saunders, a vice president at RIM.

The company is looking at BlackBerry 10 to claw back some of the market share it lost over the last few years to rivals such as Apple and Samsung Electonics Co Ltd.

U.S.-listed shares of Waterloo, Ontario-based RIM were up 1 percent at $7.49 in premarket trading on Wednesday. They had closed at $7.41 on the Nasdaq and at C$7.24 on the Toronto Stock Exchange on Tuesday.