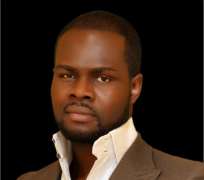 Today, August 24, 2012, Dr. Linus Idahosa, the husband of Nollywood actress, Stephanie Okereke is a year older. Linus, who is the CEO of Del York International, was recently conferred with a doctorate degree by a Belize University.

In April 2012, Linus and Stephanie married in Paris, France in a wedding tagged 'Fairy Tale Wedding'. Stephanie described him as her hero, love, rock and soulmate.

From Nollywoodgists.com, we wish Linus a happy birthday.