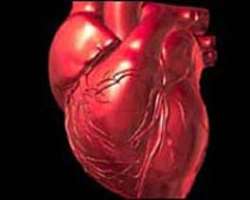 Having a lower than average IQ is in itself a risk factor for heart disease, say UK researchers. Given the findings, public health messages on things like exercise and diet could be simplified, the authors say in the European Heart Journal.

In the study of over 4,000 people, IQ alone explained more than 20% of the difference in mortality between high and low socioeconomic groups.

This applied even when known heart disease risk factors were considered.

Dr David Batty, who led the research for the Wellcome Trust and the Medical Research Council, said: "We already know that socio-economically disadvantaged people have worse health and tend to die earlier from conditions such as heart disease, cancer and accidents.

"Environmental exposures and health-related behaviours, such as smoking, diet and physical activity, can explain some of this difference, but not all of it."

He said this raises the possibility that as yet unmeasured psychological factors need to be considered and that one of these is intelligence or cognitive function, commonly referred to as IQ.

As expected from past trends, those on low incomes and with less education had a higher risk of dying from cardiovascular disease.

Health promotion
But when the researchers took into account IQ and controlled for nine other known heart disease risk factors, IQ alone explained 23% of the differences in mortality between the highest and lowest socioeconomic groups in the study.

They offer several possible explanations for this - low IQ scores might simply be a marker of underlying poor health or intelligence might lead to greater knowledge about how to keep healthy.

Dr Batty said, whatever the explanation, the findings imply the IQ of the public should be considered more carefully when preparing health promotion campaigns.

"I think the public health messages on things like diet, exercise and smoking could be simplified.

"For instance, we often read about how some types of alcohol are good for you while others, or even the same ones, are not. The messages can be difficult to interpret, even by knowledgeable people."

Professor Peter Weissberg, medical director at the British Heart Foundation, said: "If we are to make real progress on tackling health inequalities we need health campaigns designed to reach everyone in the community and an environment that makes healthy choices easy choices for the whole population.

"One way to achieve this would be through clear and consistent front of pack food labelling to replace the confusing hotchpotch of schemes we currently have."

He urged the government to implement a single traffic light food labelling scheme as soon as possible.

"They are less likely to have check-ups, follow lifestyle advice, take preventive medication and be referred for preventive hospital treatment. We must find ways to break down these barriers." Source: BBC