A dress code for my future wife 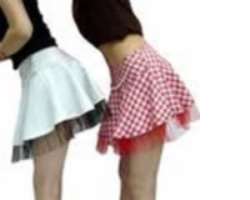 Hello Honey,
It's being a while. I have tried very hard to keep certain worries to myself ever since I wrote to you about your excessive make-up. However, keeping quiet over such serious issues as long as our relationship is concerned is as difficult as single-handedly carrying a man with a broken waist, to borrow Achebe's repertoire of diction.

I must confess how happy I was about how you behaved when you visited me over the weekend. And do you know my mother was closely monitoring everything you did and said? You have not allowed your beauty and brains to dictate your character. She was very pleased with you except for one thing. It is something I have always worried about and I think my mother's concerns are genuine and it will do both of us a great deal of help if we deal with it once and for all. I may seem to be talking to much but while I was still searching, one thing I learnt was the fact that one must keep one's eyes wide open before marriage and afterwards, keep one eye shut. I'm a bit worried about the way you dress. I tried to tell you but it has not been easy saying it, so I think this letter is the best medium to discuss some of our issues.

According to Mahatma Gandhi, an honest disagreement is a good sign of progress so it's good we both know each other's mind so that we can get on well in our relationship even when we disagree.

These days most girls in the country seem to be going about naked without any concern about what society says about them. I remember the first time I saw this type of dress code was in a movie. I had since associated that dress code with the oldest profession in the world because those who dressed that way in movies usually played the role of commercial sex workers. Today, however, I will be wrong if I try to think that way. Young girls, ladies, married women and some shameless grey hairs seem to be competing for attention over indecent dressing. It is appalling to note that this madness has now found its way into churches, where morality should be upheld.

Do you know that in the past the expression “a man has seen a woman's beads” was a euphemism for a love affair between the two? I have come across that expression in African novels. Today I don't think any modern writer in his right senses would use such an expression. Why? Your guess is as good as mine. Some ladies these days do not only show their beads, but other appallingly grotesque images as well.

This act reminds me of a small girl who lived in our neighbourhood back in the village. Akos was her name. One day her mother warned her not to climb mango trees, for the boys who stood beneath to pick the fruits would see her pants. The following day she came home with more fruits than ever so her mother was suspicious and furious.

“Akos, I suspect you climbed the mango tree today too,” she said.
“Yes I did, Mum,” Akos replied.
“Haven't I warned you against such acts?” her mother snarled.
“You said they would see my pants so today I didn't wear any pant.”

Little Akos might sound funny and silly, but if you happen to board a 'trotro' bus, with such ladies and they are about to alight, you will understand what I'm talking about. When this madness about fashion first started, people used to complain about girls dressing and exposing their pants so they have “heeded” to the criticism in a rather more disgusting way. Some ladies, before wearing their tight-fitting pair of trousers don't put on panties so whenever they bend or duck to alight from a car, they create a lot of mess. This discussion once came up in a lecture hall and some ladies agreed that there are ladies who do not wear 'undies'.

Like mad men and women in Kete-Krachi, no one can tell who gives names to these provocative dress codes, but they come with a host of equally provoking names. We have names such as I'm Aware, Show Your Stomach, Bare Back, Shine Your Eyes and as for the latest one, I haven't heard its name, but I will not be far from right to christen it “SHOW YOUR BREASTS”. With this form of indecent dressing, it doesn't matter whether the person is wearing Kaba or any dress considered decent. They will find a way of cutting it to expose their breasts (not the cleavage).

This is one of the reasons I cannot hide my admiration for students of Kwame Nkrumah University of Science and Technology. Both ladies and young men, except a few bad nuts, dress somehow decently so I see no reason why other students can't do same. Do you know that we the guys suffer a lot in lecture halls? How possible is it to concentrate on the lecture when there is a “pornographic material” seated next to you?

If at the university level a lady will still debase herself to the level of a sex object, walking about almost naked, then I don't know how she understands education. Unfortunately, we these days ignorantly associate such decay in morality to modernity and civilization. Is there any civility in going about naked?

The Central University College (CUC) recently introduced a dress code for its students and a human rights activist, Nana Oye Lithur, took the authorities on in her article in the Daily Graphic. Ever since the article was published, bitter reactions have been pouring in from people who read her condemnation of the CUC authorities. In fact, I think at the university level, students are old enough to know what is right. Telling them what to wear is an insult to their intelligence, but if their freedom is getting out of hand, I think some form of intervention is needed. Let someone ask Nana Oye Lithur if students of the Ghana School of Law are permitted to wear what they like. Law is law and morality is morality. Morality may be subjective but is the basis of all laws. The human rights activists must not forget this.

Yours, Sweetheart, is not as provocative as those I see in town, but I'm not too comfortable with it and I think I must do something about it. Deuteronomy 22:5 of the Holy Bible says, “A woman shall not wear anything that pertains to a man, nor shall a man put on a woman's garments; for whoever does these things is abomination to the Lord Your God.” Do you know that both Christians and non-Christians alike have found a way of condemning this quotation? Most people say the Bible did not specify which clothes belong to what sex. But I'm yet to see a man in right senses wearing kaba and slit. The Holy Bible cannot be amended to specify who should wear what. Some female pastors now deem it fit to mount the pulpit in tight-fitting trousers? In the words of Kerry Elliot, “Flaunting sexuality in public is a betrayal of your femininity, not an endorsement. It is like playing the tuba on the subway to prove that you're a musician… It isn't honest to expose a man to the aroma of steak and apple pie and then accuse him of being a glutton because he licks his lips.”

I hope you have understood his last sentence well. Many argue that indecent dressing is not an excuse to rape a girl and I think they are right. Even if a lady decides to walk about naked, it's not an excuse to rape her. But let us not forget that some men have abnormal sexual behaviours, and cannot be governed by this moral principle.

Anytime I talk about the rot in society, especially indecent exposures by some ladies, my mates say they don't think I will be able to get a suitable lady to marry. The most important thing in marriage is not to think alike, but to think together. It is impossible to get someone with 100% of the qualities I need in my future wife. We must compromise, but not on some problems we can avoid. We both have our individual differences and I cannot impose what I like on you. I might sound like an extremist but I respect women a lot simply don't see why our women are degrading themselves to that extent.

It is now difficult to tell whether the primary aim of wearing clothes is to cover our nakedness or for fashion. The beautiful shape of the African woman is so conspicuous and one does not need to display some vital parts to be recognized.

I think you now know why I could not tell you this face-to-face. It doesn't sound like a letter to a loved one, but I couldn't have kept this worry for years. I will not introduce a dress code for you but I just want to appeal to you to be natural and decent, for I will always love you, come what may. On mutual understanding shall we build our relationship and the gate of divorce shall not prevail against it!

Sorry, if you may be hurt in any way. I can't wait to hear your reaction!

Credit: Manasseh Azure Awuni [[email protected]]
The Writer is the SRC President-elect of the Ghana Institute of Journalism, Accra.