Prince Tonye Princewill the Leader of Princewill Political Associates and a chieftain of PDP chaired the just concluded 5thTriennial Delegates Conference of the NUJ in which he charged journalists in Nigeria to set the pace for the evolution of an electoral system in the country where the votes of the electorates count! Some National Officers of NUJ and Journalists from all the segments of NUJ in Rivers State had gathered to elect their new executive and the Prince who as a result of his attending the wedding of Linus Idahosa and Stephanie Okereke in faraway Paris was represented by his Legal Adviser, Barr Soalabo West at the epochal event had this to say, “Elections are very important in democratic organizations. Essentially, it ensures that people who lead the organization are a choice of the led. Simple! The process therefore must be seen to be transparent. Unfortunately this is not the case in many elections conducted in Nigeria. Some of you here have courageously reported these wrong practices and the ugly effects of them on the polity. Your about to be conducted NUJ elections should therefore be different. We are looking up to the NUJ to set the pace in this regard. So I implore and charge all of us here (voters, those running for office and those saddled with the responsibility of conducting your elections) to act right. To act according to the agreed rules and guidelines set down for the conduct of the elections”. 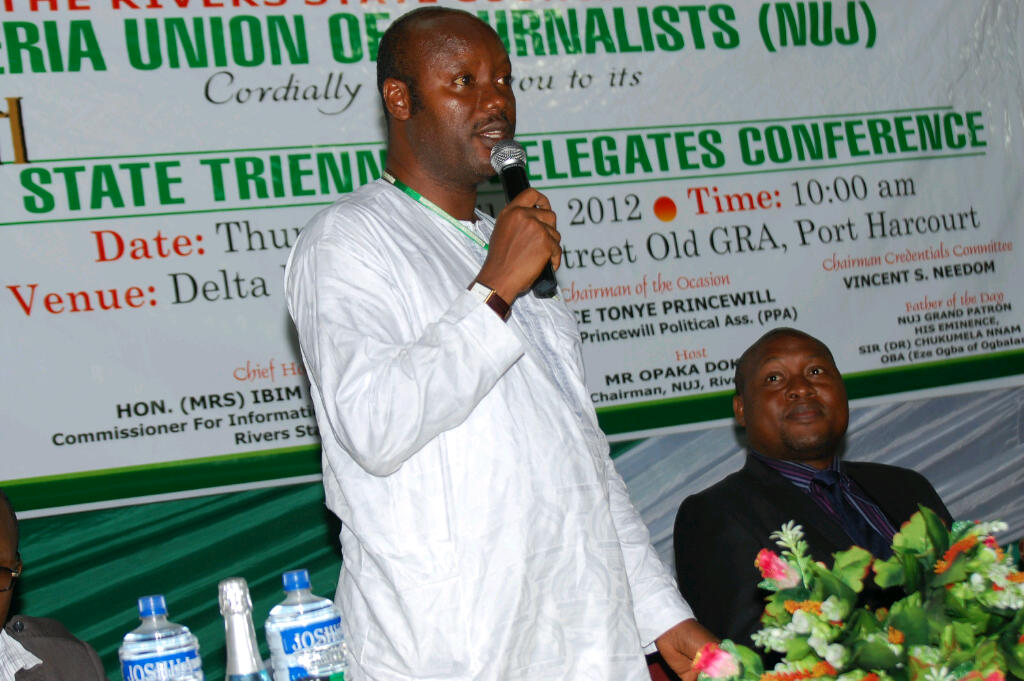 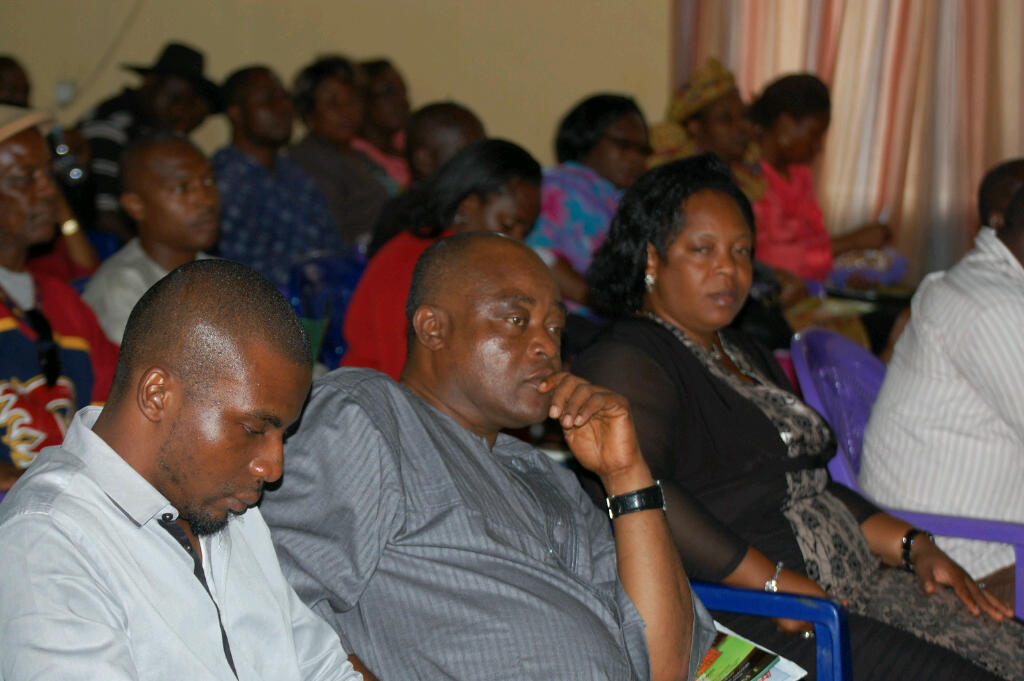 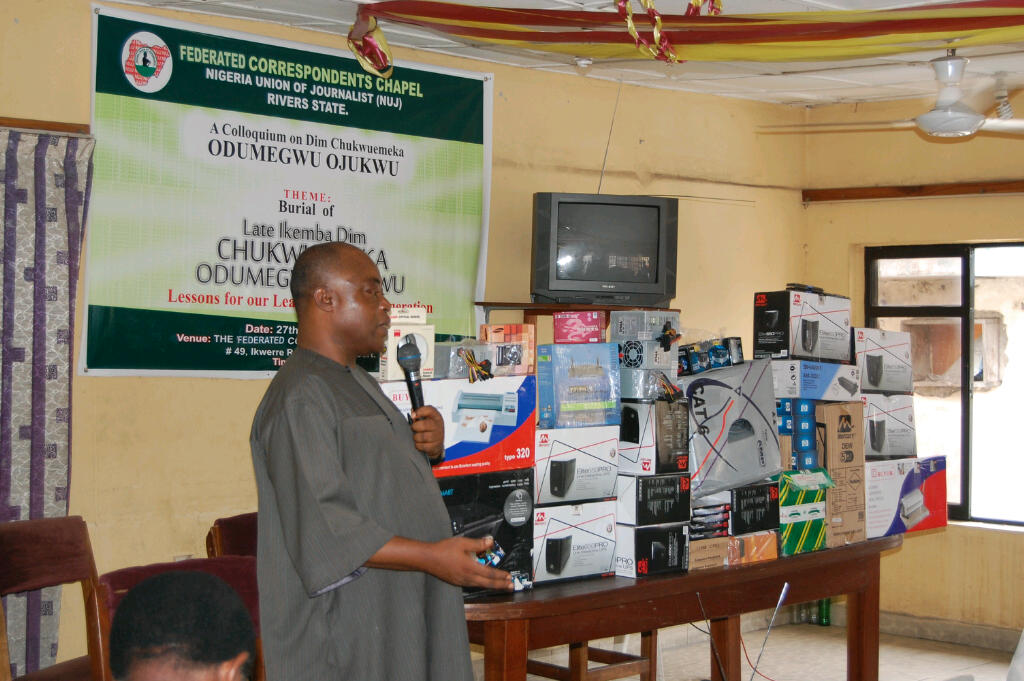 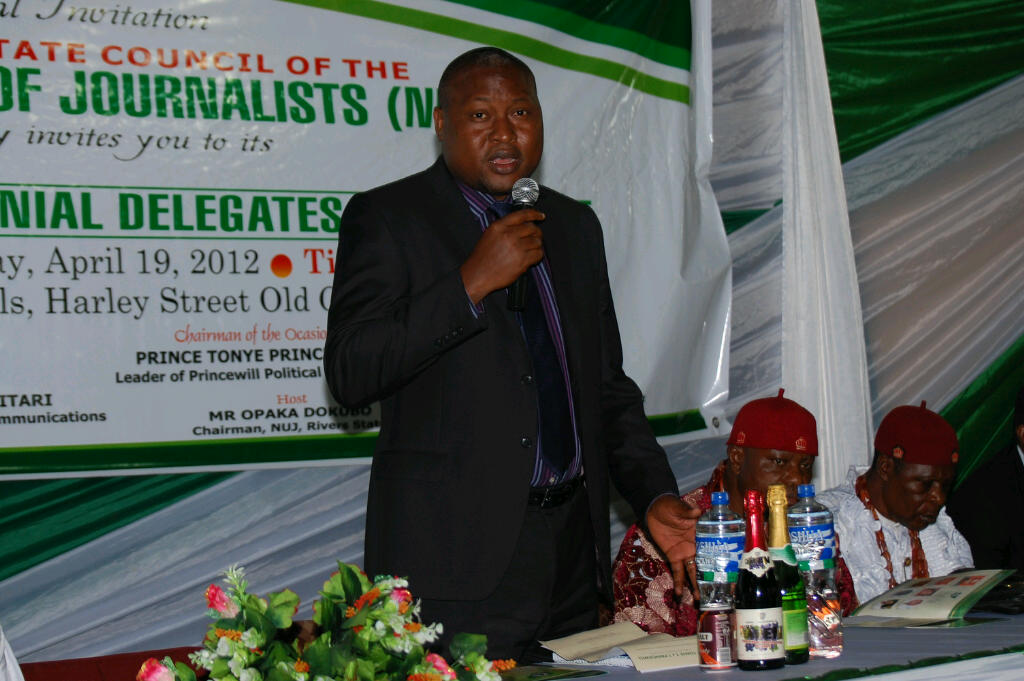 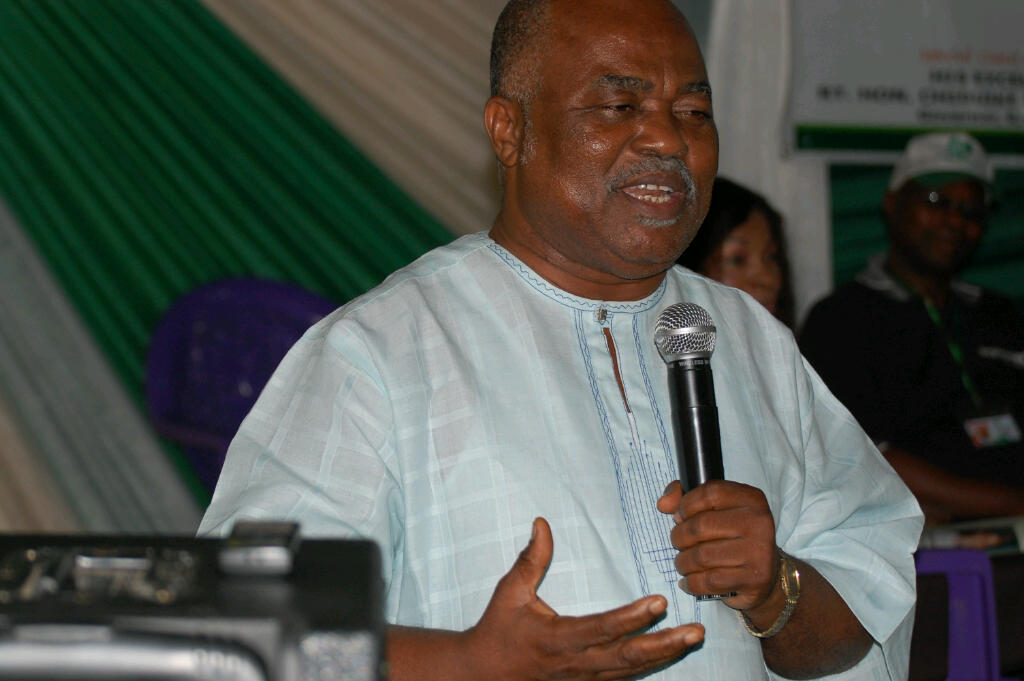 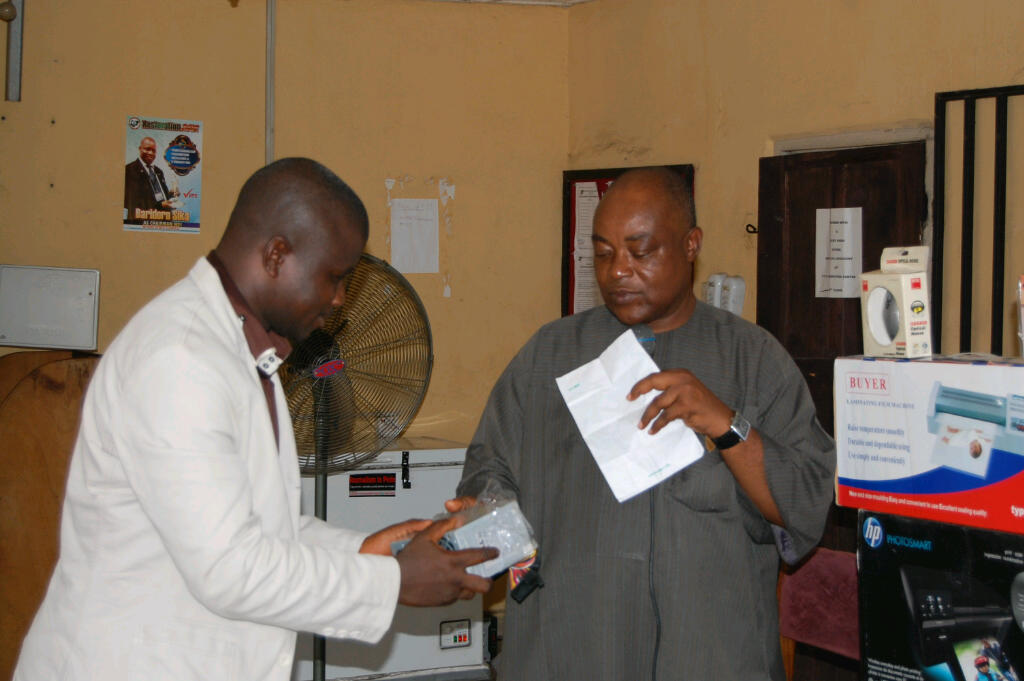 The rep. of Prince Tonye Princewill, handing over the equipment to the President of the Federated Correspondents Chapel, NUJ, Rivers State Council.

The Guest Lecturer Amaopu-Senibo Bobo-Brown a former President of the Nigerian Institute of Public Relations (NIPR and erudite scholar who spoke of the Theme of the Conference“Attaining Journalism Excellence in a Democracy like Nigeria” told the crowd that the loss of the World Bank Presidency by Nigeria's Finance Minister Dr. Ngozi Okonjo-Iweala,was a result of the nation's weak asset base. “Nigeria is entering international arena with the weakest asset base, since the nation's independence in 1960. Okonjo-Iweala paid the price for our weak asset base.“Okonjo-Iweala is a highly qualified professional, but in the current international arena, you must come with very strong asset base. 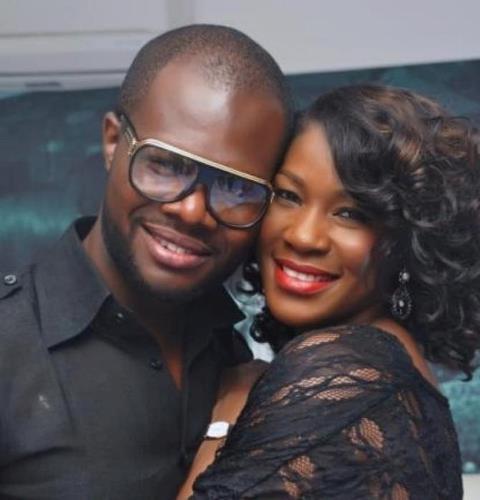 In a well contested election devoid of any acrimony and in tandem with the spirit of the day, the following members were elected as the new Exco for the State - Opaka Dokubo the erstwhile Chairman was re-elected as Chairman. Others were, Ayo Tamuno, Vice Chairman, Stanley Job, Secretary, Anayo Onukwugha, Assistant Secretary Uche Agbam, Treasurer, and Barth Ndubuwa, Financial Secretary. The Prince later made an undisclosed cash donation to the incoming executive and a large collection of equipment to the Correspondents Chapel to help assist them with running their business centre. 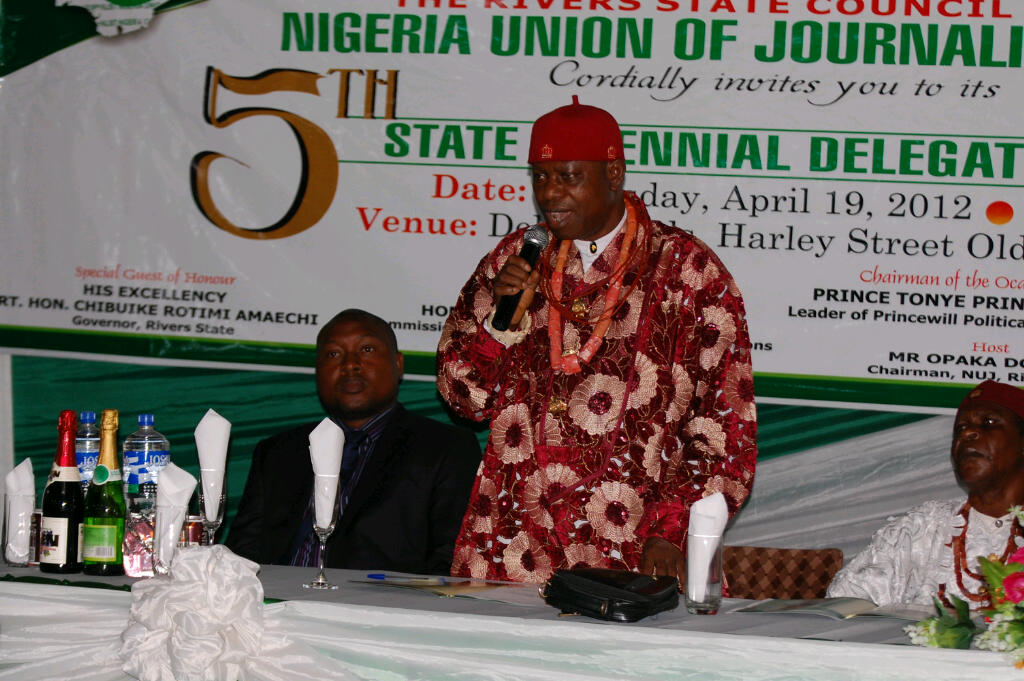 Mr. Chris Konkwo the Secretary of the Organizing Committee while delivering his vote of thanks described Prince Tonye Princewill with the words of Booker T. Washington the former President of America, “No man who continues to add something to the material, social and intellectual well-being of the place in which he lives will long be left before he is properly rewarded” urging the Prince to wait patiently as his reward for all his good deeds to the society is at hand. Mr. Terve Akase, the Chairman of the Rivers State Correspondents Chapel receiving the items donated by the Prince via his Media Chief, Chief Eze C Eze said that the Chapel had never witnessed such a gesture and intervention from anybody or Organization in the State describing it as monumental and historic assuring the Prince that his seeds and efforts to alleviate the plight of Journalists in the State will remain indelible in the annals of the Chapel and will never go unrewarded.