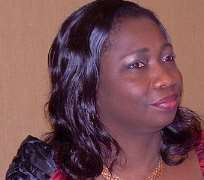 ABUJA, April 11, (THEWILL) - Nigeria has been underutilising its Diaspora population, which is huge enough to render significant assistance in the realisation of its dream of becoming one of the world’s top 20 economies by year 2020

Trinidad and Tobago High Commissioner to Nigeria, Mr Nyahuma Mentuhotep Obika, who made the observation on Wednesday during a meeting with the Federal House of Representatives Committee on the Diaspora, therefore urged the country not to overlook its foreign population in its nation-building efforts.

He advised the federal government to reach out to other Africans in the Diaspora, especially as the Diaspora population is recognised by the African Union Charter as the ‘sixth African region.’

“India currently makes about $25 billion from its Diaspora community on an annual basis while Nigeria, over the years, has been unable to midwife initiatives that can galvanise people of African descent who are in the Diaspora,” he lamented. “Regrettably, Ghana is also the only African nation that commemorates the World Emancipation Day.”

The envoy implored the House to set aside a day to celebrate African heroes and its Diaspora population because they are a major constituency that needs to be harnessed. “An annual observance of the Emancipation Day will also provide Nigeria the opportunity to link spiritually with other Africans in its quest to find its feet in global affairs,” he added.

Responding, chairman of the Committee, Hon. Abike Dabiri-Erewa promised that its members would work with the federal government and the African Union to ensure the commemoration of the Day on August 1 ever year.

She expressed sadness that the tripartite instrument of envy, fear and distrust, which colonialists deployed in caging the continent and controlling black slaves several hundred years ago, is still being used by the country’s political leaders in subjecting citizens to perpetual servitude.

“Nigeria is still in slavery. Corruption is still very pervasive,” she said. “It is regrettable that the strategies used to control the slaves about 300 years ago are still being used in Nigeria where an individual would keep N200 billion pensioners’ money in his house.”