STOCKS' CORRECTION COMING? NOT THAT AGAIN 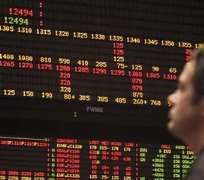 Investors are beginning to wonder if this Energizer Bunny of a rally can just keep going without taking a break or a fall.

Every Friday for the past couple of months, the question has hung in the back of investors' minds: Is the stock market's rally strong enough to continue without a correction?

Even with the S&P 500 above levels unseen since before the financial crisis, the answer remains: Yes.

"We are seeing this unbelievable rally in the market and yet the market is unbelievably complacent. We haven't been this bullish for a long time," said Randy Frederick, director of trading and derivatives at the Schwab Center for Financial Research, based in Austin, Texas.

Indeed, the CBOE Volatility Index or VIX .VIX, Wall Street's fear gauge, plunged to a five-year low despite the S&P 500's stunning gain of 12 percent for the year so far. The VIX measures the expected volatility in the S&P 500 index over the next 30 days and generally moves in the opposite direction of the broad market. Investors often use VIX options and futures as a hedge against a market decline.

Frederick said the only concern is the wide spread between second- and third-month VIX futures, suggesting a rise in volatility in the longer term. But the front-month futures that expire next week have come down to levels near the spot VIX. The VIX fell 6.2 percent on Friday to end at 14.47, its lowest close since June 2007.

"I would like to see the VIX around 17 just because it tends to have a significant pop when there is bad news at current levels," Frederick said, adding that "frankly" there isn't that much negative news out there.

STRENGTH IN MIDCAPS
Further evidence of the market's bullish sentiment: The S&P 400 midcap index .MID has popped above the 1,000 mark, an area of strong resistance since last year, according to Ryan Detrick, senior technical strategist with Schaeffer's Investment Research, in Cincinnati.

"It's a big area of resistance, but we have moved above this. If we manage to stay here, then the strength in the overall market will advance further," Detrick said.

"Historically, April has been a strong month so we can even see the market going up to 1,440, which is the high made in May 2008," he added.

TRACKING THE BIG APPLE
The direction of Apple shares (AAPL.O) will also be in focus next week after the stock hit the $600 mark for the first time in history this week, only about a month after it topped $500.

Apple currently accounts for about 18 percent of the Nasdaq 100 stock index .NDX. Its weighting was cut to 12.3 percent from 20.5 percent last April, but the price surge has pushed the stock's weighting back up, making this index of 100 well-known companies hostage to the performance of a few technology titans like Apple.

With Apple's heavy weighting, investors are questioning whether the broad market can continue to rally even with a pullback in Apple shares.

"It's a name that a lot of people have exposure to so it definitely has an impact on indexes, but it seems even without Apple, the money gets put to work in other sectors and stocks," Detrick said.

While the VIX has been sliding, the expected volatility in Apple has increased, judging by a VIX index that tracks Apple options. Apple, like IBM and other bellwether names, has its own VIX index.

The CBOE Apple VIX index .VXAPL, which measures the expected 30-day volatility of the underlying shares of Apple, jumped 35 percent this week, suggesting more gyrations ahead as more investors speculate on short-term moves.