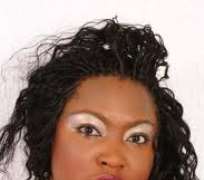 She just concluded the shoot of her debut film entitled Too Deep on Sunday,March 11,2012 at Owerri Imo State.

Mrs. Igweanyimba who is acting the lead character in the movie is using high definition equipment in the production,as she is looking forward for the premiere later in the year.

Directed by Larry Zuka, a Best Director at Leap International Awards,Too Deep is story of vengeance surrounding the lead character Aisha(Uche Elendu) who insists on avenging the death of her parents.

With the use of slow poison,she starts eradicating the enemies who killed her quest to eliminate everybody in that family she gets caught up by the law.