CORRUPTION: THE MONSTER THAT MUST BE TAMED IN NIGERIA 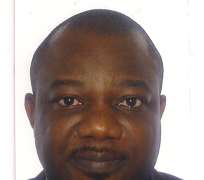 Unlike his normal ebullient self, Peter, a business associate and emerging fund manager, was visibly worried and in a pensive mood. When he looked up and saw me, the only words he could utter were “Chick-woodi, have you heard?” “Heard what, Peter, for God's sake, when will you learn to pronounce my name correctly?” “Oh, forgive me, but this is serious. It is about your country, Nigeria, which you kept projecting to us as the best investment destination!”. “Tell me … what is it again this time?” He then gave me his Blackberry Playbook on which was a report about a Nigerian man, Maina, who bilked the pension fund of 88 billion naira and deposited same in his brother's account! I was speechless.

According to the story, the Federal Government had set up a Presidential Pension Recovery Taskforce Team with Abdulrashid Maina as Chairman. As expected, this was part of President Jonathan's reform agenda and the team was to cleanse and reposition the pension scheme in Nigeria. The head of the reform taskforce, Maina, developed disingenuous strategies for enriching himself and in the process fleeced the pension system of 88 billion naira!

This was one of several cases of corruption that feature in Nigerian and international media. You read of these reports and wait in vain for the culprits to be punished. Therein lies the reason corruption thrives in Nigeria. It's reward is higher than the punishment (if any). What lacks in the country's fight against corruption is neither the law nor the institution but the firm resolve to effectively punish the corrupt individuals and make the act unattractive to others.

Corruption is the monster that must be tamed in Nigeria for the country to thrive as it limits the country and her citizens. It gives Nigeria a bad reputation, weakens our capacity to attract the much needed Foreign Direct Investment (FDI), obfuscates our economic growth and holds down on our national development. Genuine investors are more attracted to environments where the rules are clear and not susceptible to whimsical interpretations based on whose palms are greased.

Corruption dislocates the country's productive system, weakens the social and economic fabric and diminishes the incentive for creativity and productive work. When the citizens see those who self-enriched themselves in their official positions freely enjoying their loot, it becomes difficult to effectively spread the message of discipline, perseverance and hard work in the country.

There is therefore an urgent need for the country's leaders to coalesce with the civil society and the populace in the fight against corruption. The President must show a demonstrable commitment and zeal to fight corruption by weeding out corrupt officials, questionable elements and non-performers from his government. He must ensure that credible individuals are appointed into positions of trust and that the acts of these officials are continuously monitored to ensure that they remain focused on the task at hand. There must be an audit check to ensure that what is on paper matches what is on ground. The President must encourage an “audit alarm system” in the country by ensuring that all his officials comply fully with the provisions of the Freedom of Information Act. When the citizens have easy access to basic information, it becomes easier to expose corruption. For instance, with the availability of information, it will be easier for the citizens and civil societies to raise alarm and challenge cases of misrepresentation of projects executed or expenses made.

Importantly, corrupt officials must be exposed and punished. An effective deterrence to corruption is the perception of the punishment which the culprits receive. The citizens must see the corrupt officials identified, isolated and effectively punished. The reward for corruption must be such that discourages others from the act. In this, we have to borrow from our old cherished African tradition of publicly exposing evil acts thereby discouraging such. When a witch was caught, she was often taken to the market square where her nakedness was exposed for the people to see. Her humiliation was such that served as deterrence to others and discouraged the act of witchcraft in the society. In this light, when identified, the corrupt officials must be publicly exposed and shamed. They must be made to lose all their assets and face the appropriate jail term. Their humiliation, shame and personal loss of resources would serve as deterrence to others. When people realise that the penalty for corruption is high, many folks will see a disincentive to self-appropriation of our collective resources. By shaming the corrupt officials and destroying their capacity to defraud us again, we will be setting the foundation for a better tomorrow.

**Chukwudi Owo, is a leading Public Policy and Management Consultant and President and Chief Executive Officer of Resourcefield Inc., based in Canada

Disclaimer: "The views/contents expressed in this article are the sole responsibility of Chukwudi Owo and do not necessarily reflect those of The Nigerian Voice. The Nigerian Voice will not be responsible or liable for any inaccurate or incorrect statements contained in this article."
Articles by Chukwudi Owo
5-12-2013  Jonathan, Please Let Tukur Go!8-7-2012  Kenneth Gbagi: Of Service Above Self7-3-2012  Pdp Party Leadership And The Transformation Agenda