Three deadly mistakes women make with men without realising it 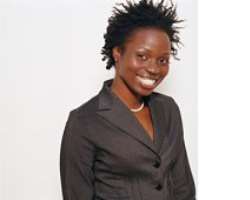 These three mistakes are responsible for more failed dates and relationships with men than any other factors. They are:

Mistake 1: Leading A Man To Think You Are "Needy" And "Insecure"

Did you know that there are ways you can set off a man's "Insecurity Alert" and make him think twice about pursuing a relationship with you?

Sadly, even confident women often "accidentally" give off one of these signs and just one can kill the chance of a man asking you on a second date.

Saying nasty things about men you have been involved with actually reflects your insecurity. It makes a man worry you are carrying around "baggage" that he will have to deal with should he become involved with you.

When women call other women names like "slut", "bitch", and "crazy", it is anything but impressive to a man you are attracted you. Women will often do this when they see a good looking, desirable woman, especially if they feel their man might be attracted to her. This just makes a man think you are trying to cover up your own insecurities, and looking for validation and attention.

Men take too much physical contact, especially in public as clingy behaviour but you"ll never hear about this from him. It's far better to save your touches for short and infrequent moments that will surprise and enchant him.

Mistake 2: Appealing to his "sexual" side instead of his emotional side

Many women make the mistake of thinking that men are primarily driven by sex alone and think if they can attract a man sexually they will be able to attract him emotionally as well. This perception is wrong. Women too often give up sex to a man in the hopes that it will translate into a relationship and get them what they want.

In reality, a man has the capacity to view a sexual connection and an emotional connection as two entirely different things, and it requires a special set of skills to mold these two things together in a man's mind and keep them connected. Men are out for far more than just sex and a woman who knows how to fulfill these will be one who captures a man's heart and gets fulfillment for herself.

Mistake 3: Not knowing how to size up a man's "Relationship Potential"

A lot of women will decide whether or not they should put energy into building a relationship with a man based on attraction. Attraction is important but it can also be dangerous.

When we feel a strong sense of attraction for someone, it can cause us to override our logic and ignore our instincts leading us to overlook potential partner's deadly faults that could spell trouble down the road. If you've ever found yourself stuck in a relationship that is dragging you down, this is probably why.

It's important to be able to size a guy up and spot any warning signs of a future bad relationship fast so you don't waste any of your time or emotional energy on someone who isn't right for you or who will leave you heartbroken.