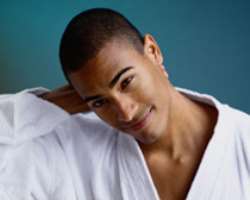 The drive to take risks and compete with other men shaves years off of their lives. Photograph by : Getty Images
Listen to article

Being competitive and daring also lead to shorter life

A research paper recently published in the journal Human Nature says men die sooner than women because of patterns of procreation established hundreds of thousands of years ago.

Simply put, the traits that made men more likely to get a girl in the past being competitive, physically dominating and daring are also traits linked to shorter lifespans.

So today's man is living with the effects of thousands of generations of men who have been naturally selected for their ability to successfully have sex at the cost of a long life.

"Males in many species have been shaped by trade-offs that increase competitive abilities and risk-taking, which, in turn, increase male reproductive success at the expense of health and longevity," argue U.S. authors Daniel J. Kruger and Randolph M. Nesse, in their paper.

They say man's risky behaviour and physiology, both of which have historically been rewarded with highly successful rates of procreation, are causing them to die sooner than women today the life expectancy in Canada in 2004 was 82 years for women and 78 years for men.

And while men may not be conscious of it, the drive to take risks and compete with other men lingers today shaving years off of their lives.

"On average, men are much more likely to perform risky behaviours," Kruger said, adding that while men may not say to themselves, "I'm going to get a babe by driving 80 miles an hour and cutting this guy off," they are sensitive to these evolutionary drives because they have been selected over hundreds of thousands of years to be sensitive to them.

Kruger said you only need to look at bar fights, the higher rate of men than women who die in car accidents, sex-based suicide statistics and higher rates of accidental deaths overall to connect the dots.

And the human male is not alone in his predicament. A guy who speeds through the city in his big SUV with his speakers blasting can be likened to a buck with big antlers or a male peacock with a great plume, all of whom become targets for both female attention and male-on-male competition.

As for man's risky physiology, the men who were most successful competitors and combatants tended to have higher levels of testosterone and thus larger and more muscular physiques. But these very body types are linked to a shorter lifespan.

"Males are more vulnerable to infection, injury, stress, physical challenge and degenerative diseases," wrote the researchers, both from the University of Michigan, and the high levels of testosterone responsible for more masculine features have been shown to have devastating effects on a man's immune system.

Kruger said men who want to live longer need to make accommodations for their susceptibilities. Knowing they have increased physiological risks, they need to take extra care of themselves less smoking, less drinking and less chasing the girls around town in fast cars.

And though times have changed and women might prefer an emotionally supportive partner over a daredevil, Kruger said that our hard-wiring has not had time to catch up.

"Unfortunately, we're not a black slate or a lump of clay," he said.