'IT'S TIME TO IMPLEMENT KEY RECOMMENDATIONS OF THE UWAIS REPORT' 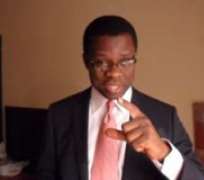 HOW do you see the Supreme Court judgment that sacked five governors?

What are we really celebrating, a very serious matter bordering on whether five governors, who spent public monies, signed bills into laws, could stay in office beyond May 29, last year when the action was commenced since 2010?

All the problems thrown up now that would require going to court and even up to the Supreme Court again, as the situation appears to be now, would have been avoided since 2010.

It is a pity that situations like these are allowed to go on, because people also benefit from the anomalies. Where is the justice for society?

We must bear in mind that justice is a three-way traffic. It is not only for the plaintiff and defendant alone, but equally important is justice to the society whose rules have been violated.

But in our case, the Nigerian society remained the loser, in the sense that all the salaries and allowances collected during the nine months period of office declared unconstitutional are not refunded to the treasury of the Nigerian people, and it is unfortunate.

Nevertheless, the judgment has brought finality to the equivocation and uncertainty that has enveloped the issue until the decision of the Supreme Court. As you know, uncertainty is bad for politics and the economies of the states in question.

Nothing is worse than casting doubt on the legitimacy of a democratic leadership, or any leadership for that matter, because it means that the leadership's decisions are also thrown into doubt.

Moreover, to leave such an important issue as the term limit of elected executives open to aspersions and conjecture will also turn the scheduling of elections into a 'bone throwing' exercise, amongst other ramifications.

The issue before the court was a straightforward matter, but for the needless politics and ambivalence of some parties at certain points in time. The issue borders on the need for certainty of terms in a constitutional democracy.

The judgment pointed out that 'to calculate tenure of office from the date of a second oath when a first oath has been taken is to extend tenure constitutionally granted in that office, which would be unconstitutional.'

What the court resolved now reminds one of the 22nd Amendment of the American constitution, a matter on term limit that generated so much arguments for and against over presidential tenure.

The legal arguments all through the lower to the apex courts highlights the concerns the framers of the American amendment envisaged, that given an open-ended tenureship, the presidential system would be vulnerable to the desires of elected leaders for a monarchical hold on power.

Thus, to act as a bulwark against such vulnerabilities and its consequences for totalitarianism, unequivocal term limits are necessary.

This is to be especially avoided in our multi-ethnic and multi-cultural situation, where people could use such situation as an excuse for interminable political divisions.

But my disappointment has to do with the delays in coming to this inevitable point, in terms of time and resources spent and more ahead.

The judgment has implications for deeper philosophical foundations of our democracy.

How has the judgment affected the work of the Commission, especially ahead of the governorship election in Cross River?

We have been preparing for the elections before the judgment and we may have to raise the tempo of preparations to conduct better elections than the last general elections.

The political parties are conducting primaries now in the state and the just-concluded Peoples Democratic Party (PDP) primary was commendable and a remarkable departure from what has been happening in other states, where similar exercises have been conducted and dusts from such exercises yet to settle.

If a party does well, we will commend them for encouragement. Here in Cross River State, we are determined to set enviable electoral standards that would meet the expectations of the people of Cross River and Nigerians.

Nothing else shall matter or count except the votes of the people cast at the 2,283 polling units of the state. The power to hire and fire belongs to the people, and not to the umpire, no matter how highly placed.

Those of us who are under oath to do right to all contestants and saddled with the responsibility of counting the votes should never do anything to undermine those who will cast the votes and whose votes must be taken into account- the electorate.

What is your take on the swearing-in of the Speaker and Governor-elect in Kogi State after the judgment by two different judges?

No doubt, the two swearing-in ceremonies cannot be right and should not have happened at all, given the terrible signal and picture it created to the outside world in particular about our institutions and democracy.

It is bad to throw the legitimacy of a democratic leadership in doubt and equivocation, because it has a lot of political, economic and social consequences.

Now that the matter is before a court, we may have to wait for the outcome of this second legal missionary journey that would end again at the Supreme Court.

Our political processes and a great deal of our time and resources are now fully spent in the courtroom.

Do you foresee more legal battles in Kogi and Bayelsa states in the resolution of who the right candidate of PDP is based on the Supreme Court judgment?

It is not my place to speculate on such developments, but it will be germane for the sake of acceptable electoral processes for me to point out that all these issues arose from one point of convergence- the opaque and less than democratic method of conducting party primaries by political parties.

Until parties and all stakeholders address the issue of internal democracy, we will continue to have these problems.

On this, Cross River is gradually doing something different from others, given the kind of primaries being conducted now under strict monitoring of the Independent National electoral Commission (INEC) in our jurisdiction with little or no controversy.

Are you satisfied with the slow court process in Nigeria, considering that it is often said that justice delayed is justice denied?

Resolution of electoral disputes before swearing-in of ultimate winners, like the practice in 1979, 1983 and 1992 during the two-party system remains the best solution to this problem. Now is the time to implement key recommendations of the Justice Muhammadu Uwais committee report.

Let us end this big business of election petition tribunals in this country, which is denting and damaging the image of our judiciary.

We should be mindful of so much delay and the implications for the way citizens embrace the courts and their outcomes.

If the people perceive that it will be a tedious and interminable journey through the law courts, we will have a situation where people revert to vigilantism and extra-judicial processes.

Right now, a number of people have vowed never go to the tribunal again, given what they referred to as 'cash and carry business' going on.

Frankly, I am unhappy with the state of affairs in the judiciary that appears now to be the wing through which election riggers now find sanctuary.