Our Big Men And The ‘Sugar Babies’ 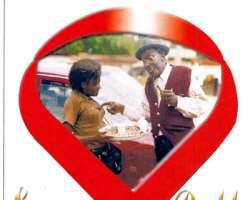 The Oxford Advanced learner's Dictionary defines 'sugar daddy' “as a rich man who is generous to a younger woman, usually in return for sex”

In Ghana today, it is very common to see a young lady having a 'sugar daddy' Even from primary school, through to the university. These young girls are known as sugar babies.

Generally, the upsurge of sugar daddy in Ghana has been attributed to poverty in Africa. Whiles others see it as exploitative and similar to prostitution, many ladies see it as a way making it in life. But in every life situation, there are two sides.

Sugar daddies have always been there, for as long as I can remember; but it's getting worse because young girls want a good life, but can't afford it, Money is crucial for all young girls. Girls need basic necessities of life such as school uniform, books, money for school fees and many other items, but also pocket money.

Girls who can afford to buy food and drink from expensive restaurants, for example, are admired or envied. In their desire to be popular and gain acceptance and status amongst their peers, girls are easily tempted into accepting money or gifts from men who have more opportunity to earn cash from their businesses, profession, etc.

Gifts or money from politicians, lecturers, and sugar daddies may be difficult to resist. In this way, girls are gradually and unwittingly coerced by obligation into a dependent and exploitative sexual relationship. Even girls from rich and affluent class homes are drawn into the sugar daddy trap by the desire to be seen as grown up, receiving gifts and having fun.

Sugar Daddies in Ghana are mostly, politicians, businessmen, doctors and other professionals and influential in society. They use their money and position to 'catch the eyes' of girls. What these men enjoy from these sugar babies is sexual fun.

I had a chat with a sugar baby of 19years whose sugar daddy is a 53 year old politician, she told me, she loves prancing about in ridiculously cute clothes; but with her meager student loans, she can't afford that. She met this man at a friend's party and since then, he has been her ultimate provider. She gets money from the 'sugar daddy'. What she does for the 'sugar daddy' is 'sleep' with him whenever he wants it. According to her they sometimes travel to Dubai and other places for shopping. This lady I'm talking about is a first year student in one of the universities. She does not care about missing lectures because her friends are there to help her with her assignments.

Another 'sugar baby' who is 21years, told me that she is interested in her relationship with this businessman of about 51years.She finds her peers as 'small small' boys who are only interested in sex but cannot maintain her, she needs a lot of money as she is very expensive to maintain, but for the sugar daddies, they are caring and treats them(ladies) like their own daughters and are ready to 'spoil' her with money .

Akua, 20 (not real name) told me her sugar daddy 49years and a lawyer, is her sweetheart, according to her, even though they do a lot of 'bad' things. The man is her confidant and advisor (I started wondering the kind of advice a sugar daddy gives her, but I did not ask her) she met this man when he offered to give her a lift, after closing from school. They have been going out for the past 2years.

Anna, 23 was quick at saying this “I'm only looking for adventure, and good sex is part of adventure as well as communication, honesty and trust. I do let any man know in advance that I expect to receive perks, gratuity, and benefits for my time and companionship.» with that ,she makes a fairly good income and take pride in the fact that she does not need to rely on anyone else for financial support A potential 'sugar baby' who is contemplating on having a sugar daddy told me that, she sees it as fair trade. In her opinion, if someone wishes to trade better living standard with all the goodies and education, paid for in exchange for four years of a lovely companionship, then everyone wins.

Most parents I spoke to also gave their impression about this issue, some of them don't see anything wrong with such a relationship, because they also went through it and have benefited, others saw it as a devilish act by older man, who want to 'spoil small small girls' .Other parents were scared of the way these men can spread the HIV as they believe these men are in for sex and as we all know over 80% of HIV transmission is through sex.

According to Auntie Gloria, when she was a little girl, they never competed with each other over material things the way young girls do now. She said if young people compete with their peers from richer families that means sex – because the only transaction that will allow these girls to get money is by having sex with sugar daddies.

A friend who is a politician and 'owns' a sugar baby told me that he provides for his 'baby' and she loves him for that. He sees no difference between a girl having sex with him or with a boy her own age, except when she is with him she doesn't starve, like she would with some penniless boy. He confirmed that he enjoys raw sex and does not use condoms while having sex with his baby, because he wants to feel her to the fullest. He has rented a flat for this baby, and said,' when I'm with her, I'm with her. When I'm with my wife, I'm with my wife' He ended by sayings that, if you pay for everything, you enjoy everything.

So the question is, should this kind of relationship be encouraged in Ghana, how can we all help cut down or better still end this upsurge? Are the men ready to stop? How about our ladies? What is the government doing about this, as some of our politicians are actively involved in this matter? How about our women NGOs?

In her statement, Auntie Josephine said, Young girls want things easy, given to them. What they must learn is, you can acquire your own things, and what you get for yourself you have forever. When you split with a man they can say they want their things back, but what you have earned is yours,» Our ladies should also know that, there's more to life than a sugar daddy, like true love, those that are together for money always end up splitting up in the long run.

Auntie Julie who is very much concerned with the spread of HIV/AIDS, said, Girls who agree to have sex with these men are at risk of catching the disease. However, many are trapped in a cycle of poverty and feel unable to speak out. She suggested an environment where our society would help build the self-esteem and confidence in girls. The following suggestions can also help young girls, women organization, the government and other parties in their effort at eradicating this menace.

Encourage girls to act as a group to discuss problems, support each other and learn about their rights and responsibilities.
Hold training and workshops with teachers and parents to raise awareness about these social issues and to develop action plans to address it.
Invite girls who have dropped out of school because of pregnancy and other financial problems to talk about the difficulties they now face with men and other problems.
Professional women should also serve as role models and find time to help other young girls. We need role models, women who can stand up and say 'I did this on my own.' People think women get things from men: when you see a young woman driving a car, people think, 'Oh, she got that from a man'.
Special income generating projects should be designed for girls.
Create a helpline and/or message box at local, district and regional centres for young girls to seek counseling.
Include awareness raising and discussion of ethical behavior in all pre- and in-service teachers training so that when they come to the classroom, they would be able to discuss issues better with the students.
Provide imaginative and creative careers guidance for girls to help broaden their horizons beyond a future as housewife and mother, and to raise self-esteem and expectations.
Men groups should also discuss this issue in their programmes and activities.
Our leaders should lead by example. They should have character and integrity so they can bring such people to justice. They should also be committed to their goals as leaders so they can ensure that boys and girls (together) develop to their fullest potentials. Finally, our sugar babies should know that, sugar daddies are like bubble gum, the taste lasts only for a short time. Yes! Before I go, I hear an 80 or so years N... Politician impregnated a very young girl and has refused to… something, something… He was seen on a campaign platform some time ago, I think during the Odododiodoo bye-election period...How far with the case? Hmmmmmmmm, Olu man (old man) Boogey