My man can't separate from mom. Now what? 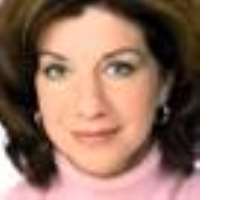 A woman is hesitant to discuss this unnatural relationship with her boyfriend. 'Today' relationships editor Gail Saltz says bring it up right away

Dear Dr. Gail: I'm in a serious, wonderful relationship with a man, and while he is absolutely perfect, his mother is not. My boyfriend's mother is completely dependent on him. Although she has a husband and two other sons, she is afraid to drive without him. She is constantly asking him to break dates with me because she wants him to “sit with her.” The worst part is that he is OK with this.

After we decided to move to Texas together this fall, he announced he wanted to bring his mother, father and brothers along with us. I think this is unusual and unhealthy, and I think it's unfair that he would ask me to leave my life and family behind to completely merge with his life and family.

However, I'm afraid to bring up the subject because he doesn't seem to think it's a strange situation. Also, I feel that speaking my mind on this sensitive subject would be inappropriate considering we are not even engaged. When and how should I bring up this topic? — Girlfriend in a Quandary

Dear In a Quandary: You should bring it up immediately, and in a way that lets your boyfriend know what a serious, relationship-defining issue this is.

You have work to do before you move anywhere with him, let alone halfway across the country.

It's not clear to me that you are acknowledging to yourself the huge step you are about to take. I question whether you are indeed in a “serious, wonderful relationship” with an “absolutely perfect” man, especially when an issue this big is on the table and you aren't addressing it.

First of all, you are putting the cart before the horse. There are many kinds of boyfriend-girlfriend relationships. In some cases, the people involved are having fun but are also seeing other people. In other cases, the people date exclusively but do not jointly take a firm stance on their future. In still other cases, they take steps to make it permanent.

It's unclear to me what category you fit into. This is because choosing to move together to a different state is crossing a threshold of commitment and redefining your roles. You, however, believe you are not committed enough to broach a sensitive topic, because you are only his girlfriend and not his fiancee or wife. These viewpoints are inconsistent with each other.

I suggest you examine how serious you are about this boyfriend before you make a decision about moving.

Either way, if he is a mama's boy who is so attached to his mother he will do whatever she wants, it is unlikely you will ever be the most important woman in his life. It makes sense for him to cancel plans with you if his mother has an emergency, but not if she wants him to “sit with her.”

You are correct in saying this kind of attachment is not normal or healthy. But it's not as rare as you might think. Unfortunately, some men are tethered to their mothers and don't have enough room in their lives for a spouse to fit.

This often indicates an unhealthy dynamic between mother and son. Sometimes, mom sets up a situation where he must choose between the two women. Or she preys on his feelings of guilt, claiming he owes her, or is a bad son. This may work for him, especially if he is afraid of intimacy or the loss of his mother's love.

Though you say he thinks his attachment to his mom is OK, you are unclear about whether he has dismissed your concern, or whether he truly doesn't know it is a problem because you are afraid to mention it.

But once you do tell him, you must let him know any long-term future together is in peril, especially one in a far-away state, if he remains unable to work toward putting his relationships in perspective.

In some ways, this is a test. If he is capable of making you (or any woman) number one in his life, he will re-evaluate his attachment to his mother. He can make other driving arrangements, get her a dog for company, or whatever it takes. If he cannot surmount his problem, he will choose his mother over you.

If you move with him without clarity about your future and your roles with each other, you are setting yourself up to be trapped in a strange place, hanging on to a man who is hanging on to his mother. Ask yourself whether this is what you want.

Dr. Gail's Bottom Line: If your relationship is serious, you should be the main woman in your man's life. If you are bothered that his mother holds that primary place, and if he insists on keeping the status quo, you are destined for unhappiness.