A seventh of young men have chlamydia 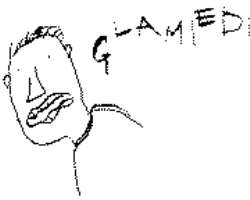 One in seven young men has chlamydia, according to the latest official figures.

A new screening programme has uncovered the highest level of infection among men aged 20 to 24, of whom 13.3 per cent tested positive.

The next highest rates of infection at 12.1 per cent are among girls aged 16 to 19, says the Health Protection Agency.

More than 180,000 young people have been checked since the National Chlamydia Screening Programme was launched in England in 2003 in response to growing concerns about the sexuallytransmitted infection, which can destroy a woman's fertility.

But doctors fear the real toll of sex infections is much higher because many are symptomless while only a small minority of young people are currently taking part in screening programmes.

Dr Mary McIntosh, who directs the programme at the HPA, said: "The message is important - that men can get chlamydia as well and they can pass it on to their sexual partners."