Abrupt Removal Of Petroleum Subsidy: GEJ Underestimating The Will Of Nigerians! 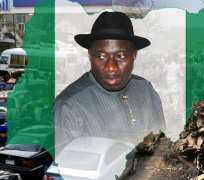 THEWILL Editorial: The timing of the removal of subsidy on petroleum products by President Goodluck Jonathan is wrong and ill-advised. The anger of most Nigerians to this unpopular and ill-timed move can be heard loud and clear worldwide.

This further underscores the quality of advice the President is getting from his close advisers, considering that government is still dialoguing with all stakeholders on the contentious matter.

The announcement is also coming at a period when Nigerians are beginning to question whether President Jonathan has the capacity to lead a complex nation like Nigeria due to the manner he has been managing the Boko Haram crisis. The President himself admitted yesterday that he tarries before taking action. "I am slow at taking decisions to avoid costly mistakes… When I'm challenged, I think more, I don't rush to take decisions…", Jonathan said at a New Year church service at the First Baptist Church, Garki Abuja, but what Nigeria requires is a proactive and swift leadership.

It is noteworthy to point out that by this sudden unwanted New Year present to the already frustrated Nigerian people, President Jonathan is undermining and underrating the will of Nigerians to ground the economy and further heighten the state of insecurity in the land.

With the brewing subsidy removal crisis, a government that should concentrate its security assets on tackling the Boko Haram challenge, which has claimed scores of innocent lives and obviously overwhelmed the security agencies, will now be confronted by another major security challenge of addressing mass protests across the country.

The Jonathan government CANNOT successfully wage two wars against a determined Nigerian people and the Boko Haram at the same time.

The truth is that the government has not been sincere to the Nigerian people on the issue of subsidy. Why has no one been prosecuted for corruption especially in the Ministry of Petroleum over the billions spent on fixing our refineries? Every year, millions of dollars are approved for the repair of the four refineries yet they are still not running at installed capacity. The Kaduna refinery is not even functioning at all. What about the refusal of the NNPC to make public the names of the cabal it gives 65, 000 barrels of crude oil per day? Or is it only state governors that are corrupt? We want to see those that are responsible for the failure of our refineries to operate at optimal capacity tried and jailed too. They have been stealing for too long! Does the President not have the balls or capacity to prosecute them? Oh, they are the powerful and most influential in the land!

The fact is that many Nigerians support the total deregulation of the petroleum sector but government must do the very first right thing – ensure our refineries are refining enough for local consumption and bring these criminals to justice. Any other measure will not convince us that the Jonathan government means business.

In a country with a minimum wage of N18, 000, Jonathan must realize that people are frustrated with the system and with the cost of petrol skyrocketing to N143 per litre; it presents the perfect catalyst for the fall of any government – democratic or authoritarian.

President Goodluck Jonathan must be told the truth for once, and we hope he hears it now.