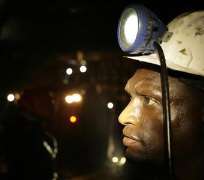 Investors should forget China and park their money in sub-Saharan Africa if they wish to benefit from the growth in emerging markets, the chief investment officer at Russia's Renaissance Asset Managers said on Friday.

"Africa reminds me of China back in 1999. If you missed China then, don't do that now," Plamen Monovski told Reuters in an interview. "It's the last place in the world that is due for that rapid change and advancement."

Africa, once shunned by most investors, is beginning to attract interest from some of the world's largest banks and corporates.

Singapore commodities firm Olam International Ltd this week announced plans to invest about $100 million in Nigeria, while Standard Chartered's private bank said in October it planned to set up an onshore presence in Kenya.

Investors should turn to Africa where equities are trading at "exceptionally cheap" levels as the continent is benefitting from Chinese demand for natural resources as well as investments by the Asian giant, Monovski said.

The firm's products include a sub-Saharan fund which counts South African telecom firm MTN Group Ltd and Nigerian Zenith Bank Plc among its top holdings. The fund has, however, fallen about 17 percent since its inception in October last year due to dampening appetite for riskier assets.

Renaissance is more bullish on Africa's infrastructure, consumer-related and financial sectors, which will benefit from the region's growing prosperity, rather than commodities.

"The real appeal of Africa is the rise of the consumer society. Africa has got a population the size of India and consumer force as big as India," he said.

The International Monetary Fund (IMF) said in October it was still positive about the outlook for sub-Saharan Africa because of the growth in areas such as mining. It said the region is expected to post nearly 6 percent growth in 2012, rising from just above 5 percent on average this year.

Turning to China, Monovski said he does not expect a hard landing in the world's second largest economy but felt China was already "very discovered".

"We want to look at other regions in the world which looked like China in the late 90s," he said.