Amnesty Urges Shell Nigeria To Start $1B Clean Up 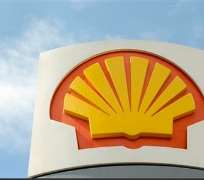 Royal Dutch Shell's failure to mop up two oil spills in the Niger Delta has caused huge suffering to locals whose fisheries and farmland were poisoned, and it must pay $1 billion to start cleaning up the region, Amnesty International said on Thursday.

A spokesman for Shell said the company had already acknowledged the two oil spills and started cleaning up, adding that oil theft was responsible for most spills in the Delta.

The report by the human rights group to mark the 16th anniversary of the execution of environmental activist Ken Saro Wiwa by Nigerian authorities said the two spills in 2008 in Bodo, Ogoniland, had wrecked the livelihoods of 69,000 people.

Amnesty said the community's UK lawyers suggested the spill had leaked 4,000 barrels a day for 10 weeks, which would make it bigger than the 1989 Exxon Valdez spill in Alaska.

"The prolonged failure of the Shell Petroleum Development Company of Nigeria to clean up the oil that was spilled, continues to have catastrophic consequences," it said.

"Those who used to rely on fishing for a living have lost their incomes and livelihoods. Farmers say their harvests are smaller than before. Overall, people in Bodo are now much less able to grow their own food or catch fish."

Devastating oil spills are common in the vast network of labyrinthine creeks, swamps and rivers of the Niger Delta.

The report urged implementation of a United Nations Environment Programme (UNEP) report in August that was critical of both Shell and the Nigerian government for contributing to 50 years of pollution in Ogoniland, a region in the oil-rich Delta.

It said the region needs the world's largest ever oil clean-up that would cost an initial $1 billion and take 30 years.

BILLION DOLLAR CLEAN-UP
Amnesty urged Shell to set up the $1 billion clean up fund, citing Bodo as an example of a place needing urgent attention.

"Bodo is a disaster ... that, due to Shell's inaction, continues to this day. It is time this multi-billion dollar company owns up, cleans up and pays up," Aster van Kregten Amnesty International's Nigeria researcher said in a statement.

Shell stopped pumping oil from most of Ogoniland after a campaign led by Saro-Wiwa, a writer and activist, but it continues to be the dominant player in the Niger Delta.

"SPDC has publicly acknowledged that two oil spills that affected the Bodo community in 2008 were caused by operational issues," Shell spokesman Precious Okolobo said, adding that Shell estimated the total size of the spill to be 4,000 barrels.

"The reality is that our efforts to undertake cleanup in Bodo have been hampered by the repeated impact of sabotage and bunkering spills," he added.

Oil is often spilled during sabotage attacks on facilities and bunkering -- tapping pipelines to steal crude. Okolobo said 150,000 barrels of oil are stolen each day in the Delta.

"If Amnesty really wanted to make a difference ... it would join with us in calling for more action to address this criminal activity, which is responsible for the majority of spills."

But Amnesty said even if some spills were caused by theft, "this does not justify a failure to clean up after an oil spill - all oil companies are required to do so, regardless of cause."