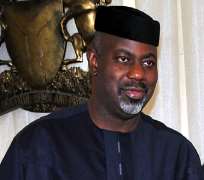 CALABAR, November 07, (THEWILL) - The Cross River State Governor, Senator Liyel Imoke has commended the National Boundary Commission for its renewed vigour at attending to the needs of Nigerians living in the ceded Bakassi Peninsula.

Governor Imoke made the commendation in Calabar while acknowledging the relief materials being transported to the Nigerians in Bakassi.

The State Governor, who was represented by the Special Adviser, on Special Duties, Professor Zana Akpagu said that the gesture was highly commendable as it would concretize the resolve of the Nigerian Government to give the Nigerians a sense of belonging, confidence and reliability on their home Government.

The Governor used the forum to enjoin the Nigerians to live in accordance with the laws of the land in line with the Green Tree Agreement.

The Director-General, National Boundary Commission who was represented by the Desk Officer, Trans-border Cooperation, Farouk Tarfa said several plausible measures had been lined up for the care of Nigerians living in Bakassi.

The Director-General said that one of such measures was to provide them with relief materials to improve on their living standards and give them a sense of belonging.

He expressed happiness that so far Nigerians in the ceded territory were law abiding and were engaged in legitimate business.


The Director-General, Cross River State Border Communities Development Commission, Barr. Leo Agrey said that he was optimistic that the Federal Government’s gesture would go a long way to rekindle confidence in the Nigerians.


The Director-General, National Emergency Management Agency (NEMA), Alhaji Mohammed Sani Sidi said the Agency was ready at all times to collaborate with relevant authorities to bring succour to the Nigerians living in the Peninsula.


The Director-General who was represented by the South-South Zonal Coordinator of NEMA, Mr. Umesi Emenike said the Agency was in firm collaboration with the National Boundary Commission to provide the relief materials.