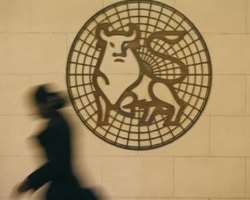 The United States will likely suffer the loss of its triple-A credit rating from another major rating agency by the end of this year due to concerns over the deficit, Bank of America Merrill Lynch forecasts.

The trigger would be a likely failure by Congress to agree on a credible long-term plan to cut the U.S. deficit, the bank said in a research note published on Friday.

A second downgrade -- either from Moody's or Fitch -- would follow Standard & Poor's downgrade in August on concerns about the government's budget deficit and rising debt burden. A second loss of the country's top credit rating would be an additional blow to the sluggish U.S. economy, Merrill said.

"The credit rating agencies have strongly suggested that further rating cuts are likely if Congress does not come up with a credible long-run plan" to cut the deficit, Merrill's North American economist, Ethan Harris, wrote in the report.

"Hence, we expect at least one credit downgrade in late November or early December when the super committee crashes," he added.

The bipartisan congressional committee formed to address the deficit -- known as the "super committee" -- needs to break an impasse between Republicans and Democrats in order to reach a deal to reduce the U.S. deficit by at least $1.2 trillion by November 23.

If a majority of the 12-member committee fails to agree on a plan, $1.2 trillion in automatic spending cuts will be triggered, beginning in 2013.

Those automatic cuts, mostly in discretionary spending, would weigh further on a fragile U.S. economy, Merrill said. In the same report, the bank reduced its 2012 and 2013 growth forecasts for the United States to 1.8 percent and 1.4 percent, respectively.

If there were a downgrade, it was not clear which ratings agency would move first.

Moody's Investors Service, which has a negative outlook on the United States's Aaa rating, said it is looking at several other factors, including the results of presidential elections and the expiration of the Bush-era tax cuts late in 2012, to decide on the rating.

"It's not that we're waiting just for this committee to decide on the rating," Steven Hess, Moody's lead analyst for the United States, told Reuters in an interview last week.

Failure by the committee to come up with an agreement, he said, "would be negative information but it is not decisive in our view about the rating."

To be sure, Hess did not rule out the possibility of an early move on U.S. ratings if the country's economy slips into recession. So far, however, the economic performance "is certainly not super positive but not a disaster either," he said.

Fitch Ratings, on the other hand, still has a stable outlook on its AAA rating on the United States, meaning it is more likely to revise that outlook to negative before actually downgrading the rating.

In its latest report on the United States, Fitch says a "negative rating action," which could be only an outlook revision, could result from a weaker-than-expected economic recovery or by failure by the bipartisan committee to reach agreement on at least $1.2 billion in deficit-reduction measures.