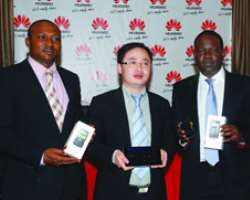 Going by the trend that the world is fast shrinking into an hamlet and the percentage of people that still hooked to the internet is still low, Nigeria is on the threshold of joining other advance countries to break the jinx of poor internet connection. In this report Bisi Olaleye highlights the importance espouse compare to other countries.

In the last two years, the awareness for broadband in Nigeria has grown to an enviable position in comparison to other African countries. Accessibility and availability of internet service are one of the reasons the country is tagged as the fastest growing telecoms market in Africa.

In 2000, all segments of Nigeria's telecommunications market were opened to competition. While the mobile telephone industry emerged as the sector's star performer, internet delivery has lagged behind and internet services in Nigeria, especially broadband, are vastly underdeveloped but the industry is slowly starting up to its game.

Now there are internet service providers (ISPs) in various shades and sizes, delivering direct access to individuals and businesses on a variety of platforms. Coded Division Multiple Access(CDMA) based providers are upgrading their networks to a more advanced technology. GSM operators who were initially reluctant to tap into this area are now aggressively marketing internet services as part of their offerings. Internet access is fast becoming a commodity item in Nigeria.

Although  internet provision in Nigeria has gained significant ground in the past years, the situation is far from satisfactory compared to developed nations. In the G8 countries, the number of people with access to computers and internet is growing at an exponential rate, in many developing countries, the story is not exactly cheering,' Ernest Ndukwe, former EVC of the Nigerian Communications Commission said in a speech last year.

Industry overview
According to a conservative report, Nigeria had eight million internet users in September 2007, a three million increase from 2006. While this is the highest number of users in Africa, with a total population estimated to be around 150 million, it only gives the country an internet penetration of 5.3 percent. Compared to the United States' internet penetration of 71.4 per cent, it is clear that Nigeria has its work cut out to make internet accessible to a larger number of its population. Data/internet service growth has not been as significant as those in the voice segment. Although, internet services are now available but the cost implication is still making subscribers to groan. Statistics for broadband penetration in the country as at year end 2010 is put at between one and 2.8 per cent of the population of over 150 million.

According to a publication by the World Bank in 2009, for every 10 per cent increase in internet penetration, there is a resultant 1.3 per cent growth in GDP. Further, the 2010 US National Broadband policy document states, 'Broadband is the great infrastructure challenge of the early 21st century.

Effect of Broadband
Unlike GSM that has taken its shine, broadband is gradually coming up especially with the likes of Mainone, Glo 1, WACs helping and encouraging Nigerians to enjoy a faster terabytes. However, many more are still needed for internet access to be cheaper and faster because Nigeria is fast becoming a global technology icon according to a conservative report. The issue that is pertinent is the need to have more carriers. This, according to industry watchers will lead to healthy competition and internet would become cheaper and at a faster speed than what obtains now. Without necessarily becoming a saturated market like what is happening with network operators. Network opereator are just four but it appeared that the market is stifled especially now that mobile number portability is coming up.

Ndukwe in his keynote address at the 8TH anniversary of telecom consumer parliament and 10 years of telecom revolution in Nigeria' noted that in 10 years, the telecommunications sector has recorded phenomenal growth both in terms of subscribers' base and infrastructural development in the country. He stressed the need for the country to grow its teledensity rate from the current 66 per cent to over 100percent to achieve the country's vision 20:2020.

Ndukwe averred that the Universal Service Provisions Fund (USPF) can be used in extending telecoms services to the rural communities. According to him, the USPF fund remains a viable platform for government to encourage the development of telecommunications services in Nigeria.

He said: 'We must reach all part of the country with both voice and data carrying infrastructure, it is instructive to note that over 70 countries in the world have passed the 100 per cent teledensity level.'

Ndukwe explained that for ICT to sustain success recorded in the last one decade, government must maintain stability of policy and regulatory space for the sector.

He stated that political and financial independence of the regulatory body as well as conducive environment to attract investment are also essential for sustainable growth of the industry.

The ex- EVC reiterated that the need for efficient management of national spectrum resources with timely sales of available frequencies to support evolving technologies is important.

Ndukwe stated, 'Spectrum is the oxygen that sustains wireless ecosystem and we must continue to place emphasis on broadband infrastructure and catalysing adoption and usage of internet and broadband services by the citizens.

'Broadband is no doubt an accelerator of social and economic development in the modern world with its applications enabling and facilitating economic and social services such as public safety, national security, telemedicine, governance structure, distance learning, utility applications and others.'

On his part, the NCC incumbent EVC, Dr. Eugene Juwah explained that broadband is central to the development of any country and the Nigerian government is ready to promote in order to take voice and data access to all ends of the country, saying, 'We are committed to the growth and total transformation of the industry. It is my belief that in the next 10 years there will be adequate broadband facilities available in the industry, more investments, more revenue to government, social security, more employment and improvement in socio economic infrastructure, that will be a strong foundation upon, which a viable telecom services will be built for the future.'

Prospects
Ndukwe pointed to the fact that Africa is on the threshold of major economic boom and it was on this premise that there are 11 major submarine fibre optic cables in Africa including Seas,SAT-3/Safe, Seacom, Teams, Eassy, Lion, Lion 2 and Ace.

'Five of them are on the West Coast of the continent and are all live except for the fifth one.Africa Coast to Europe(ACE),which is projected to be ready to go live by mid 2012.The new bandwidth could boost data capacity to more than 16 terabits a second by 2012,from almost none in 2000 and may reduce broadband prices by as much as 90 percent.Thi strend must be sustained as we push to attain over 100 percent teledensity as a nation and with high speed broadband services widely available and within the reach of everyone in the near future.

The First Nigerian broadband Stakeholders forum also projected that broadband is the critical and efficient medium needed for the timely delivery of MDGs, Vision 2020-20 and ICT4D. In order to ensure that Nigeria's MDG commitments and Vision 202020 reach their target audience in all the 774 Local Governments, it will require a substantial completion of fixed Broadband infrastructure that gives optimum connectivity within the country and to the global internet.

However, Chairman Association of Licensed Telecoms Operators of Nigeria (ALTON) Engr.Gbenga Adebayo insisted that having more carrier is not the issue but that there are no laws to protect infrastructure and only this will give uninterrupted services. He explained that until government is willing to make infrastructure a critical national issue.