Can parents decide your choice of a spouse? 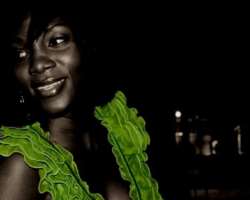 In the past, the choice of whom one married was tempered by tradition. Although parents have a large role to play in the marital life of their children, most young people would prefer taking the plunge on their own. Can your parents decide your choice of a spouse?
Bridget Amaraegbu has all the answers as usual. Enjoy.

They can but… — Amaka Echendu, Model

Our parents do not have any right to choose whom we marry but the truth remains that they have a responsibility to make sure we don't make wrong a choice. They have a right to advise us on certain qualities to look out for in the choice of a life partner because they've been in that institution before us. They may have made certain mistakes which they wouldn't want their children to make. And if you're patient enough to listen to them, there's no way you won't find something good in what they'll say.

It may not be necessary that you take everything they say because it's your own future we're talking about and not theirs but I strongly believe that no responsible parents will want something bad for the child. Unless, we are talking about those irresponsible parents who may just be interested in pushing their child to a particular family simply because they're rich or they have one big name which is immaterial. What counts here, is your happiness and not the wealth you'll bring to your family by marrying that lawyer, engineer or that doctor they want you to marry.

Personally, I think that our parents have a big role to play in the choice of partners we make because there are certain things they'll see that we may not be able to see from the onset because we're carried away by that word love.
In the past and up till dates, many people have been blind folded because they thought they were in love. That is why it's possible for some marriages to have problems barely six months after that glamorous wedding. It's certain, the couple'd thought they were in love, but realised in a short time, they are compatible.

Have you ever taken time to x-ray some of those divorce stories published on papers and even television? . If you take time to do that, you'll realise that the cases are there because the estranged couple, didn't do their homework well before taking that decision to marry.

If the necessary steps had been taken, then why would a man come out and say that his wife of only two months, is a bad cook; or the women say her husband is a drunkard? The shortcomings ought to have been taken care of before marital vows.

Unfortunately, some people in their desperation to tie the marital knots, are blinded to little details that may pose as threat to the success of the marriage.

I don't think I'd want to marry a man my parents don't approve of. I can only disobey them if their judgement is wrong especially when they insist that I marry the man for his social status and wealth. In that case, there's fire on the mountain and I'll run.

Now, we also have to consider the fact that some parents kick against one's choice of a future spouse on tribal ground.
As far as I'm concerned such tribal sentiments can't stop me from marrying the man of my choice. The era when the tribe was considered as a criterion for a good life partner or successful marriage is in the past.
The key to a successful marriage today is prayer and not those material things that will not last.

Once I'm in love with a man and the qualities are right, his tribe or whatever, is not a problem.
I'll like to say here that young people should be very careful in the choice of life partners they make because the choice you make today may make or mar your future happiness.

The problem of choosing a life partner has been my worst fears in life because in my place, we're always scared of marrying from any other tribe.

And the issue of my parents making a decision as to whom I marry is irrelevant because it's my choice that counts. I don't agree with the fact that parents should make choices for their children, no. They can only give advice and directions where it is necessary.

But then, I wouldn't like to disobey them by marrying into another tribe other than my own, because I already know the rules. My parents will not accept any woman outside my Igbo tribe. Although the situation is not a do or die affair, but speaking seriously, I'd love to take a partner from my part of the country, especially from my own locality.

Outside the issue of the tribe, I'm also bothered with the problem of religion. What you may not know is that some people will not marry certain because they don't belong to the same denomination.

It's my decision— Kelechi Udegbe, Actor

In the past, parents were used to choosing partners for their children based on either the family background of the spouse or their social status. But today, things have changed. Though it may have worked out for them back then, such things are no longer in vogue.
I know that we still have parents who still insist on taking marital decisions especially when it involves marriage, I think it's because such children never had defined relationships.

It's still okay today for some young people to ask their parents to assist in the search for a wife or husband, they do so because they are afraid of making mistakes.

But I'll prefer to make that mistake myself and live with it rather than live with mistake caused by my parents or anyone else. I'd rather blame myself than blame some other persons for my mistakes.

Although it might be difficult to take a stand against my parents should, they refuse to accept my choice of a woman and knowing that in Igboland, a woman is not married by her husband alone but everybody in his family, I may have to take that decision and live with whatever consequence that follows it.

Sincerely, I don't think it's wrong for our parents to have a say in the choice of life partners we make because they know what is best for us.
But I don't think it's their business to know whether the person has got class and so on. That aspect is left for us to decide because it's our own future we are talking about here and not theirs.

Often, parents have rejected the choice of partners their children make because they are sentimental about tribe and social status. I think this is wrong because those criteria don't really make a happy home. Although our parents may be allowed to give advice and direction to us, such advice should be positive. They have no right to interfere in our affairs.

And for a happy home, what matters most is love, understanding and God's presence. And once that is in place then, carry go.

She'd be miserable if they don't approve of her— Michael Ubong

My parents definitely have a say in my choice of a spouse and so do many other parents. Whether we like it or not, our parents know what is best for us and it may not be out of place, if they scrutinise whom we want to get married to.

In my own case, my parents will want to be sure that the lady in question is right for me, before giving their blessing.

Although I'm not getting married now, I know that whenever I'm ready to do so, they'll surely be involved squarely. And believe me, I'm not prepared to marry any woman they don't approve of because the woman will not be married to me alone but to the entire family. If she's not the right choice for me, she won't be happy if they don't welcome her. So it's very important that you reach an agreement with your parents before making this vital decision.