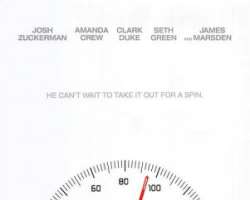 It was when she stepped down from the commercial bike, with a grimace, that I knew something was wrong. I was with Sola in the... office, standing at the entrance, when the Okada came to drop Ejiro. Sola's pretty face narrowed and squeezed as she watched Ejiro limp towards the stairs.
Ejiro is a lovely, tall babe with a shape that is capable of doing something to a man's system. She has a natural grace to her walk. She usually glides, instead of walking. But that day, no matter how she tried, her footsteps stubbornly refused to do their usual wonders.

As she drew closer, the limp became more glaring, but somehow I had the feeling the pains were not from her legs. She walked to her seat, sat down. Her face was a study in pain. She stared at the blank computer screen for a while. She was wearing a body hugging white dress, with a black pair of trousers. I have never ceased to envy Ejiro. Life is sometimes so unfair! She seems to have it all. Looks, height and a traffic jam shape, coupled with boobs that have absolutely refused to bow in defeat to the ministration of any tongue. She has boobs that stare you rudely in the face, with her nipples daring you to take a suck, if you can. Just take a look at me! Smallish in everything. I wonder if Mother and Father angered the gods before I was conceived. Or tell me, how come, I am so petite that people call me, “small stout?” Oh, did I say, petite? Ha, nice euphemisms for short people like me. It seems that my parents traveled with me to Lagos, when Baba God came to Abia state, and was dishing height to people in basins.

Ooops! So sorry for digressing. Back to Ejiro. I was trying to find a polite way to ask her what was wrong with her, when Sola took the words right of out of my mouth.

“Wetin happen to you? Why are you walking like that? Did somebody rape you?”

The trouble with Sola? She has an aggressive attitude towards everything. The simple question came out like a bullet. I watched in distaste.

I saw the expression on Ejiro's face. To spill the beans or not? But the need to open up won.

She said: “I had a terrible weekend. My husband almost killed me with sex. If you see the way he banged me, you would think we were in a Third World War in that bedroom. I tell you, my sister, it was not funny! He wanted to go as many rounds as possible, as if the thing was going on summer vacation. He kept pumping and thrusting, like he didn't know that the thing he was pounding so hard was a body part of a human being. Even when I tried to tell him to give my thing a day rest, he grew angry, said I was giving it to somebody else. I had blisters! It's hell to have sex with those monsters called blisters. But even with the blisters, which I showed him, he still pounced me on and on, again. It got to a point, I was praying to God to let him quickly release and get up from my body. It was as somebody ground pepper and poured it into my private part. I used water to wash and I went straight to hell! By this morning, the blisters, now sore, had started emitting water. I am in so much pain.”

She went on to reveal that that was the first time her husband bang her so madly that it inflicted injuries in her honey pot. I was baffled. How can a guy turn something as lovely as love making, something as glorious as orgasm, into a nightmare?

Why are some men so selfish? Believe me, there's nothing difficult in bed-matics, if you know what you're doing. You don't have to kill your babe in bed in order to satisfy yourself. Let's face it, the kind of sex described by Ejiro has only one goal: Her husband's satisfaction! Beats me how a guy can have orgasm when a babe is not urging him to pump harder, when a babe is not throwing her head frantically on the pillows begging for more, holding the guy's shoulders like her life depends on it, fearing that he may remove his candy bar. Throwing her legs to angle 90, just so the guy can have better penetration. If a babe doesn't do all those things, how on earth can you release as a guy? The pleasure in sex is the knowledge that you're driving your partner up the walls, with twists, turns, moans and groans of escalating pleasure.

After Ejiro's revelation, Sola hissed loudly and with her face looking like a two-day-old fufu that had gone bad. She told Ejiro that she was not in control of her bedroom. According to Sola, her husband wouldn't dare try such nonsense with her. She had a formula and it had been working nicely for her. What? We looked at her in amazement. She smiled that secret; cat has got the cream smile. Yes, she said, she had time table for sex! When and when not to make love! She gave a triumphant smile and I said to my person, stupid fool!

Sola explained her timetable for sex. In a week, they could have it once or twice. The time table is strictly adhered to, if the poor sod misses the time and day, no more supper for him. He can't even play at being Oliver Twist and ask for more. Nay, it would be against the rules.

In a month, God only knows how many times such a couple is likely to bang. And in a year? Please let's not think that far. Okay, brother…no not you…the brother in pink sweater…yes sir, you…do you think Sola is doing the right thing?...No? Ha, I agree with you!

I have heard that several career women now have timetable for sex and I asked myself, what the heck is this world coming to? Why is love making, romance getting so mechanical? Ejiro's problem, with her mad husband, is born out of selfishness, more than anything else. She has to put her foot down and tell the guy, enough is enough. You make love with your woman, seeking to give her pleasure, but attaining pleasure for only yourself, but pounding her like she's a common whore! I personally can't take it. And believe me, if the guy can't take time to make me wet and impatiently jumps into my forest, when the dew has not set in and causes me blisters, wow!, there would be hell to pay. Yes, he has to stay without sex until I heal. Why should I be in pains, while he pounds me and inflicts more pains? Sometimes, a babe just needs to be strong. It's your body and that's the only constituency you have an amazing power over, to do with as you wish.

Please, listen sisters, if you had been doing such nonsense as having a time table for sex, please stop it! You're not doing your relationship any good. It could even affect conception.

Yeah, I know what you're saying…listen… I said listen to me first. I'm getting tired of your whining. I know how tired you are when you return from work. What with the kitchen work and children. But, hey, your husband still needs you. Why not look at it this way…when you return from office, you're tired…don't get in the hay with your husband and say it's duty. Take a rest, sleep and wake up later, feeling refreshed. Most men are reasonable anyway and know the right time to wake their wives for sex. A smart guy watches her face and body language. Is she too tired to bang? Doesn't make sense if she gives you an indifferent vagina, for you to thrust an eager electric pole into. Does it? Participation is the key to a better and virile sex life.

If your husband accepts time table for sex, you should be worried. It means he's getting it somewhere else. No man likes being on the leash in anything, not even in sex. They want to be in control and that includes having it when they damn well feel like. But, you as a woman should know how to steer the ship. “Honey, let me catch a wink for a few minutes. You won't enjoy it and I won't either because I'm so fagged out.” If he's not an ogre, he will listen. But if a guy is nice, he could even help out sometimes with domestic chores to minimize stress for his working wife. But, how many helpful men do we have in Naija? Listen brother, if you help out more often, you get to take a lick of your babe's honey more often. A woman is not a slave.

Love making, sex, should be spontaneous! Your guy should be able to catch a sight of you in a nightgown and desire to bang you. He should be able to see your nipples jutting out angrily from a transparent blouse and walk over to take it into his mouth. Doesn't it just turn you on? And a babe should be able to get wet if she sees her guy's manhood etched out in his trousers and caress the hard tip if she feels like it. They don't need to wait until the right time, hour and place. She na Christmas cloth?

Keep romance in your relationships. Don't stifle the spontaneity that makes relationships such an exciting adventure. If you have a roster for sex, go and burn it! The only people I know who use such materials are those in polygamous homes and who can blame them? Imagine how crowded the bedroom will be if all the wives are crammed into it, seeking after one miserable looking manhood. In fact, even the stupid man may end up being buried alive.