A village girl becomes toast of the town 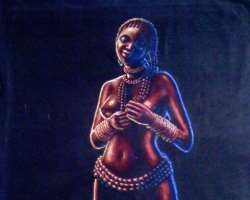 I thought my wife was the worst woman in the world until yesterday. That woman can get you angry and make you really sad. Instead of appreciating every little effort I try to put in, she always sees the negative side of whatever I do. But yesterday evening, I had a different opinion when I heard my neighbour's wife shouting.

I rushed to the scene and saw that my neighbours and co-tenants had already gathered at the scene. The man had beaten her to a state of coma and there was blood all over her face. We all condemned his action and tried to take care of the woman. When my wife got to the scene she was too shocked to say anything.

My wife could not believe that any man could do such a thing to his wife and the mother of his children. For a few minutes, the man became an animal in our mind and we began to paint images of the devil and a poor woman.

But when the man began to tell his version of the story, we all had a change of heart. We tried to ask the woman intermittently if what her husband was saying was true and she kept nodding her head in affirmation. For the past six years he had endured a lot of nonsense and yesterday, he made up his mind that he was not going to be part of the ridiculous relationship anymore.

“When I got married to this woman, she was a very gentle and decent woman. I was so happy with her and there was nothing she asked of that I did not give her. My friends even told me that she was the best gift any man can ask for and I agreed with them. I thanked God for what he had done in my life and believed that things would only get better and not worse. ”Sadly he continues his story looking very dejected: “ Ironically, I objected when my parents asked me to marry her initially. I did not want to marry a village girl because I wanted someone I could present in public. But when I saw her I liked what I saw. She was very beautiful and no one would know that she was born and bred in the village.”

His parents also made enquiries about her background and what they discovered was very good, sais the man. “She has a good family history even though they are not rich or prominent. In my family we believe that a good name is better than all the money in this world and that has continued to be my guiding principle. At that time she was so innocent that she could not hurt a fly or do any terrible thing.'

Unfortunately, all her good attributes changed and her husband discovered a different woman by the seventh year of their marriage. “The whole problem started when we moved to a new house. There, she met a new set of friends who introduced her to all kinds of things. They used to go to parties together and she started having boyfriends. I did not even notice at the beginning and my friends had to call my attention to it. But because I trusted her so much, I did not believe what they were saying. I waited patiently and they finally caught up with her one-day at the beer parlour. I saw her sitting on the laps of the nuisance who was old enough to be her father.”

That thing really affected the relationship but because he loved his wife so much he decided to forgive the woman. “Unfortunately, she continued to move around with all kinds of men. The situation became unbearable because everybody saw her at beer parlours and all kinds of joints in the neighbourhood. The latest happened right in my prescence and I was so angry that I vowed to deal with her.”

That revelation was just too bad. If I were the one I would not have allowed all this rubbish to happen to me in the first place. If I catch my wife with another man that is the end of story. There is no point giving her another chance. That can be suicidal because such a woman can kill her husband because of another lover.