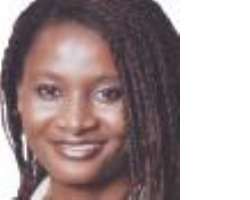 Ninety-nine percent of fat men are horrors in bed. Take that to the bank! If you think otherwise, prove it. How? Just mail and ... explain why you don't agree with me.

I've heard enough complaints from babes to know that quite a good number of them would rather allow their honey pots become Sahara desert, than allow a fat guy mount them. But let me quickly add that this does not mean a lady can't enjoy sex with a fat guy. It simply means, a fat guy needs to work harder and be less selfish in bed with his woman.

The first sign to note, which corroborates this fact, is the shortness of breath, which boils down to easy fatigue. In a game of bedmantics, who needs a guy that easily gets tired? You? Certainly not me! And the second most important thing that bothers some babes is the inability to move in bed as they wish during a heated session. Meeting thrusts for thrusts is very important in sex between two people. It's only when a couple moves in a synchronized fashion that orgasm can quickly be attained. But the weight of the fat guy could easily impair the hip and leg movement of the lady in bed.

When movements become tough, it becomes difficult for the lady to meet the thrust of the guy. In such a situation, the guy would naturally attain orgasm before her. And, asI said earlier, they get weary too early in the game. So, once he comes, he collapses on the bed, forgetting that he should do everything possible to make his babe reach orgasm. Many of them are selfish lovers, not because they wish to be, but because they can't keep up with the pace. I've always said it that a guy who takes a babe to bed and can't make her reach orgasm is not a real man!

What could be more interesting, than having your woman beg you to bang her? With some men, a lady wouldn't even feel a man is with her in the house. But if you really know how to handle your woman in bed, she will look forward to being alone with you always. She will get wet just by catching a view of your one-eyed snake. She could get wet just by imagining how sizzling it was in bed, the last time you both had it together. She counts the time before you return home. She gets horny as the time for you to return from office draws near.

Most times, I've asked myself, what the heck is so tough in sex, that some men, no matter how you teach them, just can't learn? Beats me! The first thing to do in order to enjoy sex with your partner is to find out parts of her/his body that usually thrills her/him. It's important. And when you've been told, never forget it. If a lady responds like a tigress today and lies looking at you like an Indian film that has gone wrong the following day, it means you're not doing something right. Ask yourself if you still recalled the G-spots she told you about.

With a fat guy, you hardly can have those tantalizing styles in bed. But that doesn't mean you can't enjoy sex with a fat man if you put your mind to it. Yeah, all hope is not lost!

The first thing a fat guy needs to learn about sex, is to have the patience of Job. Never be in a hurry to enter your woman. The sheer weight alone, pressing down into the opening of an indifferent honey pot, would be enough to cause a painful bruise for the lady.

One of the best styles for fat men is doggie. Or the guy and his woman could try out the style where he enters her fortress through the back, but with both of them lying down side ways. The lady lies on a side in the bed, and the man does same. It's like backing the guy, facing the wall, while the guy climbs into the bed, facing her back. We expect that before they get to that stage, there would have been a lot of kissing, fondling and necking. The foreplay ought to have readied the guy. We expect his weapon of mass destruction to be at attention, seeking a lady to destroy.

Once the weapon of mass destruction is ready, gaining entrance into the honey, through the rear, will be just a piece of cake. The movements starts real slow with the guy thrusting firmly and without force into her wet honey. After a rhythm has been attained, the babe can follow suit. There's no hard and fast rule on how to embark on doggie style. Every fool knows what to do, so I won't say much on that score.

But if the guy wishes to do the missionary style, (Mama and Papa), he should balance his weight on his arms. He should look for ways to give the lady room to move her legs and meet his thrusts for thrusts. And when he becomes carried away, he should never crush his frame against his woman, to stop her from suffocating.