Until Nigerians ask for better films, Nollywood will remain the same - Ekwuazi 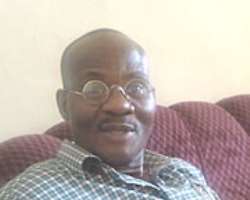 Dr. Hyginus Ekwuazi is the former MD/CEO of Nigeria Film Corporation, Jos. He has clinched the ANA/NDDC-Gabriel Okara Prize for Poetry. He is an associate professor of Media at the School of Media and Communication, Pan African University, Lagos. He was a resource person at the just concluded 2nd International Ife Film Festival. In this interview, he comments on the festival and also on the film industry in Nigeria. Excerpts:

Now Sir, what can you say is responsible for the just concluded Ife Inter national Film Festival, is it just a normal festival?

It's an annual event. When a film culture is beginning to expand, it attracts festivals. The US alone has over a hundred film festivals. What we now have are specialised festivals, which is the case in the US . We have the annual, the zonal, the Enugu festival, the Abuja festival, you could say we have less than 10 festivals in the country.

We have the film school festival run by the film institute in Jos. There is a lot of room for expansion. You're going to find out that what this

festival will do is to get a characteristic of its own. There must be a brand, something that will differentiate it from other festivals. And what I think the Ife festival is trying to do is to make it academic, to put the festival between the town and the gown; industry and audience; upstream and downstream. We could meet to present papers but it's not about winning prizes. Like other festivals, you can enter to win prizes. This is a non-distinguished festival where we don't award prizes. So it becomes a place where you network, a place where you interchange, it's a small market.

What effect can you say the festival has had considering .....?

(Cuts in) You see we are dealing with structural factors. The effort of which will come over time. If you're trying to educate a child, it's something that will take some time. That's the same thing about festivals. The greatest achievement of that festival is that it begets another festival. So if the festival gives you another festival, it has succeeded already. Other effects will come later.

So for the film maker, the main thing is to make more money and more films. I won't borrow money from the bank in order for you to think positive. What do I care if you think positive? What do I care whether you're a true Nigerian or not? What I care is whether you buy my films or not. Now it is for the country to harness my film making, it's not for me, we are talking of economics, buying and selling. The bottom-line is money and more money.

Within the Nigerian context, is it possible for us to have films like they do in developed countries?

Now, we have to be very careful in comparing Nigeria with developed countries. We are dealing with home videos. If you are talking of Bollywood or Hollywood, they are dealing with films. You are talking of more professionalism. Anybody can carry a camera and shoot a film. But over there it's a professional thing. It's not quite the same thing. We must recognise that fact. It then means that since you dealing with a peculiar situation, you need a peculiar approach to it. You must understand that it will manifest in peculiar ways. Anybody who carries a camera calls himself a cameraman, anybody who says “stand here” is a director. So you don't need any training, you don't need any qualification. You don't need any guild application to do that.

Is the lack of professionalism not having its own negative effects?

Yes it is but remember we are also dealing with professional factors here. You see, for us film is still about what the manuscript says. You create a film in Isoko, the Isoko man says he wants to hear his language. He wants to see his culture. We are in a situation where we are not thinking of the technical quality of a film. We're simply carried away by this razzmatazz of telling a story. So we have a lot of potboilers. But very soon we are going to get a more discriminating audience that will insist on quality, then we'll be giving quality. Right now the enthusiasm for the Nigerian film is very high.

The producers and the directors are riding on that enthusiasm. When the audience will turn around and start demanding quality, then they will give them quality. The Onitsha market literature died out. Why did it die out? Is it because they are no more printing? No. The readership died out. The readership became more educated.The readership became more enlightened, it became more demanding. So they started asking for something different. So the African Writers series of Heinneman and Longman came up. What I'm trying to say is that it will happen to the film industry. Quality will come in, and all these potboilers will fade.

Is this not affecting the global perception of the kinds of films that we produce?

Who cares about what the world thinks about our kind of films? If there are 120 million Nigerians and I'm able to sell one million copies of my film, I won't bother.

International views matter if I go to the festival. But sooner or later they will be forced to accept my own standards. Let me give you an example, when the Japanese films first came to the West, what the West had to do was to create an award for foreign films. So it fell under the foreign film category which had their own aesthetics. So we are evolving our own film aesthetics. When you look at the Yoruba film and the Hausa film, they are all different with the mode of signification and the nature of the story etc. But each of them is valid within the cultural context of extraction. Let us not make too much out of this foreign market.