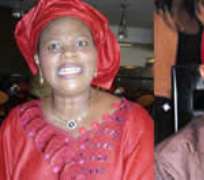 Akunyili & Ngige
The allegation that there was financial inducement in the compilation of the results of the controversial senatorial election in Anambra State, involving ex-minister of information and communication, Prof. Dora Akunyili and Dr. Chris Ngige has not been rested. The bodies involved in the matter are bent on getting to the root of the allegation. The Independent National Electoral Commission (INEC) has, therefore, set up a panel to investigate the allegation and furnish the relevant authorities with what would aid in a prosecution.

A memo from the INEC office in Anambra, of July 21 and directed to the national chairman of the All Progressive Grand Alliance (APGA), Chief Victor Umeh, indicated that after the Independent Corrupt Practices and Other Related Offences Commission (ICPC) received petitions raising from complaints on the subject, it set up a panel to unravel the details and make recommendations.

The letter also instructed the APGA chief to cause the party agents that were there at the Awka INEC results collation centre to testify before the panel of inquiry. The letter said they were required to be at the office on July 25 'for interrogation and for them to state all they know about the elections.'

The ICPC office also wrote two APGA agents, Azom-Chime Uchenna, on July 26 and another, simply identified as 'APGA agent for the Anambra Central Senatorial Election,' to appear before it and testify. The summon to the senatorial party agent was dated July 19.

In addition to the ICPC invitation to APGA, the two first and second returning officers for the election were invited. However, Prof. Onukogu, the second returning officer, who later announced that there would be rerun elections in some areas, although Akunyili was leading with a few hundred votes, has been invited twice by ICPC.

Because the elections were prosecuted by mainly professors in all the states, the ICPC invitations also involve Profs. Esimone and Nnabuife, who were also returning officers in the state.

The election between Akunyili and Ngige was the testiest in the nation because of the calibre of persons involved. And true to the expectation, it was keenly fought and the controversy that emanated from it carried equal vibration of confusion and brouhaha. It later resulted in a re-run election that eventually had Ngige as declared winner.

The major controversy about the matter arose from the hide-and-seek adopted by the returning officer, Prof. Anene, who, according to the story, delayed the announcement of the results and absconded.

After he had been duly replaced with another returning officer, Prof. Onukogu, he (Anene) re-surfaced and in a hotel in Awka, outside the INEC office, as stipulated by law, announced a result that declared Ngige winner.

Explaining why he left his duty post and created a dilemma for the voters and the INEC, he claimed that he was under pressure to announce a wrong winner after he turned down N10milion financial inducement from APGA, Akunyili's party.

Akunyili, on her part, had said Anene's agents wanted an inducement from her, which she turned down. She had said that the allegation that APGA offered Anene money was ridiculous, as everybody knows that Governor Peter Obi of Anambra State cannot offer anybody bribe, as he's known to be frugal and prudent.

The weighty nature of the inducement claim is what made ICPC set up the panel to determine the veracity of the claims and how it affects the validity of the outcome of that election of April 9.

Adding to the controversy, just this week, the elections petitions tribunal of the state wound down. Its disbandment by the President of the Court of Appeal was on allegation of bribery involving some parties before it and the panel of judges hearing the petitions.

The election petition tribunal, led by Justice Usman Bwala and sitting in Awka, was disbanded based on strong allegations of bribery against the members of the panel. The tribunal was accused of collecting N190million bribe to misapply the law and subvert justice.

But Justice Bwala and his team refused to disqualify themselves over the allegations of striking out matters on mere technicalities instead of allowing them to run through the full process of trial on merit.

Justice Bwala had also, in earlier sessions, denied receiving any bribe, challenging the accusers to prove their case.

Previously, some lawyers handling petitions at the tribunal petitioned the Court of Appeal president over what it called unprofessional activities of the judges.

All the senatorial election results, which had Ngige of the Action Congress of Nigeria (ACCN), Dr. Andy Ubah of the Peoples Democratic Party (PDP) and Prince Emeka of the PDP have been shrouded in controversy.

While Senator Igbeke and Prince Emeka are flexing muscle over who actually owned the ticket of PDP for the election, Mrs. Margery Okadigbo is in court, asking to be declared authentic candidate of the party, as she won the primaries supervised by INEC. At present, nobody is representing the senatorial district in the Senate, as Senator Igbeke was not sworn in, following his prosecution by the police for alleged forgery of documents, which helped him to be declared winner in court. In any case, APGA is also contesting the outcome of the election at the tribunal.