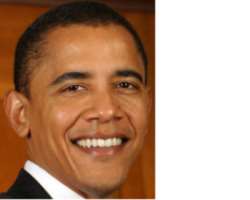 The 2012 American Visa Lottery has been cancelled over alleged computer malfunction at the State department. David Donahue, deputy assistant secretary of state for visa services revealed that the cancellation of the 2012 Diversity Lottery was caused by computer programming problem.

He appealed to people who had applied for the 50,000 visa slot to wait, as the agency start over the selection process.

Donahue, in a press statement issued by the state department said, 'We regret to inform you that, due to a computer programming problem, the results of the 2012 Diversity Lottery that were previously posted on this website have been voided.   They were not valid and were posted in error.

'The results were not valid because they did not represent a fair, random selection of entrants, as required by U.S. law.

'A new selection process will be conducted based on the original entries for the 2012 program.

'If you submitted a qualified entry from October 5, 2010 to November 3, 2010 , your entry remains with us.   It will be included in the new selection lottery.   Your confirmation number to check results on this website is still valid.

'We expect the results of the new selection process to be available on this website on or about July 15, 2011 .