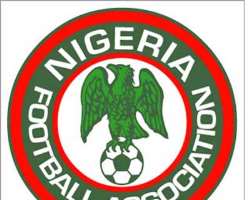 The chances of Nigerian and Wigan Athletic forward, Victor Moses, featuring in the international friendly match between the Super Eagles and the Argentine national team look very bleak as the world football governing body, FIFA, may not finalise the processing the change of his nationality before the game.

The acting general secretary of the Nigeria Football Federation (NFF), Barrister Musa Amadu, had repeatedly expressed optimism that the federation would secure his clearance and that of Shola Ameobi ahead of the international friendly scheduled for June 1 and the Nations Cup qualifiers against the Antelopes of Ethiopia.

However, a source who spoke with Daily Sunsports in Abuja argued that with the Glass House just sending all the required documents to the embattled football governing body on Monday in addition to the scandal rocking the international federation, it remains a big doubt if the documents would be processed before the two games.

Although Siasia had blamed NFF's inabilities to forward the necessary documents to FIFA on the general elections in Nigeria, its involvement in the just concluded African Youth Championship and several public holidays last month, our source said could be fingered for the federation's delay in forwarding the documents.

Commenting on the issue, the spokesperson of the federation, Demola Olajire, confirmed that having sent the necessary documents, they are waiting for a favourable response, even as he declined comment over the availability of the relegated Wigan's striker for the two matches.